A natural way to cut down on blood sugar 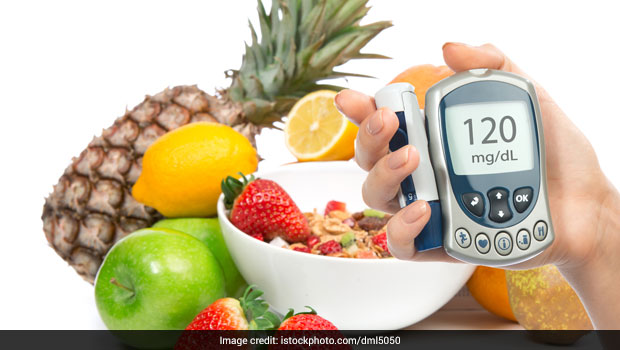 20 Jun A natural way to cut down on blood sugar

Researchers have engineered a material that temporarily coats the small intestine and reduces the amount of glucose that enters the bloodstream during digestion.

When they tested the material — which is called Luminal Coating of the Intestine (LuCI) — on rats, they found that it reduced “glucose response” by almost half.

The scientists developed the material because they want to find a noninvasive treatment for reversing type 2 diabetes that is as effective as surgery.

The intention is that once swallowed and in the gut, LuCI forms a temporary coating and then dissolves harmlessly a few hours later.

A paper now published in the journal Nature Materials reports how the material temporarily coated the intestine in rats, acted as a partial barrier to nutrient absorption, and prevented blood sugar “spikes” following a meal.

“We envision a pill,” notes co-senior study author Prof. Jeff Karp, who is a bioengineer and principal investigator from Brigham and Women’s Hospital in Boston, MA, “that a patient can take before a meal that transiently coats the gut to replicate the effects of surgery.”

In type 2 diabetes, the body does not respond properly to insulin, which is the hormone that helps cells to convert blood sugar, or glucose, into energy.

The pancreas, or the organ that produces insulin, tries to compensate by raising insulin production. But eventually, this is not enough, and glucose levels start to increase, creating the conditions for prediabetes, and then type 2 diabetes.

If left untreated, high blood sugar can lead to severe health impairments that include damage to organs such as the eyes, the kidneys, and the heart.

Around 90–95 percent of the 30 million people in the United States who have diabetes have type 2. It most often develops in adults who are in their mid-40s and older, but more and more children and younger adults are also being diagnosed with it.

The researchers note that gastric bypass surgery is “one of the most commonly performed weight loss procedures” for treating obesity both in the U.S. and globally.

It creates a small “gastric pouch” and effectively causes food to bypass a “significant portion of the stomach” and part of the small intestine.

The researchers point to evidence that, in obese people who have type 2 diabetes, the procedure also results in early “improvement or complete resolution” of their diabetes that happens to be “independent” of weight loss.

But even though the surgery can dramatically improve quality of life and reverse type 2 diabetes, few patients pursue the option, according to co-senior study author Ali Tavakkoli.

He is a co-director of the Center for Weight Management and Metabolic Surgery at Brigham and Women’s Hospital, and an associate professor of surgery at Harvard Medical School, also in Boston, MA.

In their study paper, the researchers describe how they developed then tested an “orally delivered therapeutic platform” that creates a temporary “physical coating on the bowel.”

They began with a search for the right material. An important requirement was that it should stick to the small intestine and then dissolve a few hours later.

Using these criteria, with glucose as a “primary target” due to their interest in type 2 diabetes, their search led them to an approved drug called sucralfate, used to treat gastric ulcers.

Using sucralfate as the basis, the scientists engineered a new substance — LuCI — that can form a coating on intestinal lining without having to be activated with gastric acid. In dry powder form, it can also be encapsulated in a pill.

“We’ve used a bioengineering approach,” explains co-lead author Dr. Yuhan Lee, who works as a materials scientist in engineering and medicine at Brigham and Women’s Hospital, “to formulate a pill that has good adhesion properties and can attach nicely to the gut in a preclinical model. And after a couple of hours, its effects dissipate.”

When they tested LuCI in rats, they found that it formed a thin coating on the gut that changed the “nutrient contact” with the small intestine and reduced glucose response following a meal.

Usually, following a meal, glucose levels in the blood go up and stay up for a while. But 1 hour after the rats received LuCI in oral form, the glucose response was reduced by 47 percent. Also, the effect on glucose response was not lasting; it dissipated some 3 hours later.

The researchers are continuing to investigate LuCI in rodent models of obesity and diabetes. They want to test the short- and long-term effects of the material, as well as find out whether it could be used to deliver drugs — and other substances such as proteins — directly to the gut.