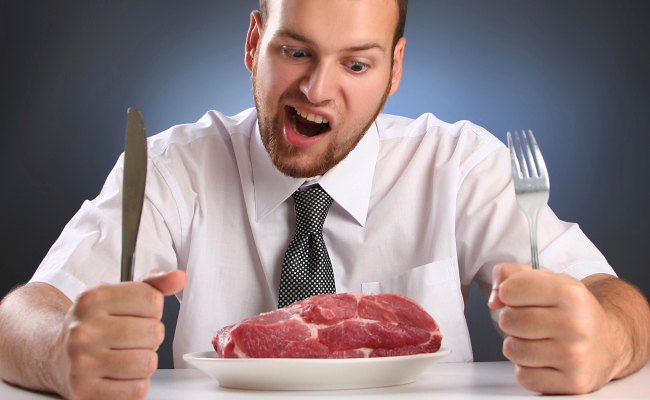 Posted at 08:13h in Health-news by fivestar 0 Comments
0 Likes

For a good while, fat was the great enemy of the healthy public. Eating fats made you fat, damaged your heart, weakened your bones, clogged your arteries, crushed your lungs, collapsed your organs, slowed your brain, sped up your aging, wiped out your testosterone, gave you diabetes, and turned you into a fat, lazy, chain smoking couch potato who couldn’t find the strength to get his own newspaper in the mornings, so he just turned on the TV instead, only to spend the next six hours watching sports.
All of the couch potatoes in the country promptly got behind this theory, as it absolved them of their own bad choices and allowed the dreaded fats to take the blame in their place. “It’s not my fault, I just eat what my wife/ mother/ daughter/ nurse gives me” yes, certainly. Whatever you say.
Probably a good time to remember that nobody likes arguing with petulant brats, whatever their age.
Anyhow, we now know that fat doesn’t do a thing to you, except serve as a vital source of nutrients that do everything from building muscle torestoring your blood to sharpening your mind to warding off diabetes. All of the problems mentioned above come from eating too much carbohydrates, which your body will turn into fat if you don’t burn it off. Eaten fats will not be stored as fat, they will be put to the uses listed above. And not eating enough meat.
No, really. Lack of meat is the primary cause of the nutritional deficiencies that lead to most of the problems listed above. Including anemia. And bulimia. Which is caused by a lack confidence, something that may be cured through a diet of… red meat.
So, yes, meat, and the fats that come with it, are extremely healthy eating, and are vital for the proper functioning of your system.
So, how come people still talk like our medical knowledge is still caught in the late sixties and early seventies?
Inertia.
Nothing malicious.
In the sixties, the government worked very hard to be relevant. So they ran a bunch of awareness campaigns, based on untested theories that looked promising and had caught on quite well within the medical community. The damage from these unintentional misinformation campaigns is still evident, even within the medical community, where most of the new data can’t be taken at face value because it contradicts so much of the conventional wisdom.
Which is based on mistakes made in the sixties, corrected in the eighties, and never cleared up.
So, most of the new data is ‘fitted’ into place with theories about ‘organic’ foods, GMOs and stuff like that. Which hasn’t really caught on very well, because these theories don’t sound very credible to the doctors, either.