Even a bit of exercise can have a big effect 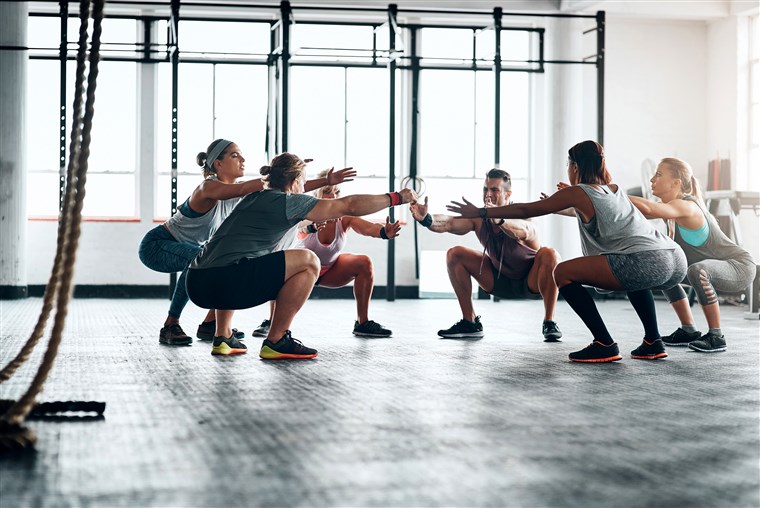 According to a recent study, just a few minutes of light exercise can give your brain an
immediate push in the right direction, helping to improve memory, among other things.
As we age, our memory is likely to become less reliable. Although this is considered to be an
inevitable part of growing old, scientists are keen to understand how it might be curtailed.
As the population ages, understanding ways to reduce cognitive slowing are more important than
ever.
The hippocampus, which is a brain structure that sits within the temporal lobe, is of particular
interest to researchers trying to understand this problem.
Vital for learning and memory, the hippocampus is particularly sensitive to stress and, as we
grow older, it is one of the first regions to suffer. In Alzheimer&#39;s disease, this deterioration is
even more pronounced.
In the past, studies have revealed that exercise can enhance some aspects of cognitive ability and
improve memory performance. Also, adults who are more physically active tend to have
increased hippocampal volume.
In order to find out why exercise might benefit the hippocampus and memory performance, some
scientists have asked whether physical activity stimulates the growth of new brain cells in the
hippocampus (known as neurogenesis).
This process would take some time, and, therefore, any benefits to brain health would take a
while to become apparent.
Recently, however, a team from the University of California, Irvine and the University of
Tsukuba in Japan ran some experiments to investigate whether exercise may enhance memory
over a much shorter space of time: minutes, rather than days or weeks.
The study authors explain that it certainly is possible that brain cell growth could be stimulated
by exercise, but there might also be a quicker mechanism involved that runs in parallel.
The authors wanted to chart any measurable improvements to memory-based brain activity in the
first few minutes following light exercise. Their findings were published recently in the journal
Proceedings of the National Academy of Sciences.
So, to investigate, 36 healthy young adult participants carried out just 10 minutes of light
exercise. The team then used high-resolution functional MRI to measure any changes in brain
activity.
The brain imaging showed improved connectivity between the dentate gyrus, which is part of the
hippocampus that is thought to play a role in laying down new episodic memories, and cortical
areas involved in detailed memory processing.

Also, when the researchers tested the participants using a memory recall test, the increased
connectivity correlated with improved memory performance.
&quot;What we observed is that these 10-minute periods of exercise showed results immediately
afterward.&quot; Says project co-leader Michael Yassa
Yassa believes that it is &quot;encouraging to see more people keeping track of their exercise habits
— by monitoring the number of steps they&#39;re taking, for example,&quot; he explains. &quot;Even short
walking breaks throughout the day may have considerable effects on improving memory and
cognition.&quot;
Yassa and his team are keen to continue investigating. Next, they plan to run longer-term studies
in older adults who have an increased risk of cognitive decline.
They want to understand if regular, brief, light exercise alters the brain&#39;s structure and function
over time. &quot;The hippocampus is critical for the creation of new memories; it&#39;s one of the first
regions of the brain to deteriorate as we get older” he says. “Improving the function of the
hippocampus holds much promise for improving memory in everyday settings.&quot;
Finding that light exercise could have a measurable impact on the parts of the brain responsible
for memory is the first step; but next, we need to develop a clearer understanding of the ideal
amount of activity necessary to make a real and lasting difference.
As Yassa says, &quot;Clearly, there is tremendous value to understanding the exercise prescription
that best works in the elderly so that we can make recommendations for staving off cognitive
decline.&quot;
In conclusion, the next time you have misplaced something important, it might be worth trying a
10 minute walk. Even if it doesn’t help, it certainly won&#39;t hurt.