Everyone hates broccoli, but it might actually prove useful 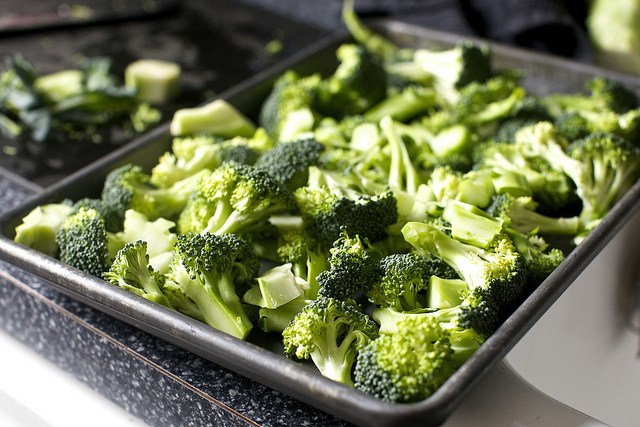 25 Oct Everyone hates broccoli, but it might actually prove useful

Broccoli is now known to improve gut health; new research has uncovered a potential molecular mechanism to explain this protection — which is good news for those who know how to use broccoli.
It is common knowledge that eating fresh fruit and vegetables on a regular basis can stave off a multitude of ills. However, as science delves deeper into the molecular details, certain vegetables are often found to impart specific benefits.
Recently, it has been broccoli’s turn in the grocery-related spotlight. Although this tree-like green is hated by children across the United States, its health benefits cannot be refuted.
Broccoli, a cruciferous vegetable, is a member of the cabbage family. It is the result of careful cultivation in the Mediterranean that started around the 6th century B.C. It was introduced to the U.S. by South Italian immigrants but did not become broadly popular until the 1920s.
Earlier studies on broccoli’s health benefits had found that it reduces inflammation in the colon and decreases incidence of colon cancer, among other cancers. The new study, which is published in the Journal of Functional Foods, set out to understand exactly how broccoli positively influences gut health.
The researchers — from Pennsylvania State University in State College — were particularly keen to investigate “leaky gut.” This occurs if the intestinal barrier becomes compromised, opening up the gut to attack by toxins and microorganisms, and making it less able to absorb nutrients.
Gary Perdew, a professor in agricultural sciences, explains why he began his research in this field, saying, “There are a lot of reasons we want to explore helping with gastrointestinal health, and one reason is if you have problems, like a leaky gut, and start to suffer inflammation, that may then lead to other conditions, like arthritis and heart disease.
“Keeping your gut healthy and making sure you have good barrier functions, so you’re not getting this leaky effect would be really big,” he adds.
One of the key players in maintaining gut barrier function is the aryl hydrocarbon receptor (AHR). This receptor helps to manage the gut’s response to environmental contaminants and triggers a reaction when the gut is exposed to toxins.
Cruciferous vegetables — which include broccoli, cabbage, and Brussels sprouts, among others — contain indole glucosinolates. In the stomach, these are broken down into compounds, including indolocarbazole (ICZ).
ICZ binds to and activates AHR on the lining of the intestines and helps to bolster the immune system and maintain balance in the gut flora.
It is thought that this interaction between ICZ and AHR provides the protection against certain cancers and Crohn’s disease, which is a chronic inflammatory bowel disease.
Although AHR activation seems to have beneficial results, it is possible to have too much of a good thing; as Prof. Perdew explains, “Dioxin, for example, activates this receptor, and if you hyper-activate it with dioxin, it will cause toxicity.”
“What we were interested in is: could you locally activate the receptor naturally at a level that would cause only modest AHR activation in the gut, but not cause systemic activation, which could possibly lead to negative effects?” explains Prof. Gary Perdew.
To understand whether or not broccoli might be useful in this way, the researchers carried out a study using a mouse model. They used two strains of mice: one with a “low ability to bind ICZ to AHR,” and another with a “high ability to bind ICZ to AHR.”
Both sets of mice were given a high-broccoli diet. Next, the researchers gave them a substance that induces digestive problems, mimicking colitis – which is an inflammatory bowel condition.
The mice with better ability to bind ICZ to AHR were protected from the chemical, but those with a lower affinity experienced significantly worse effects – particularly weight loss.
Often, with experiments looking at the health benefits of specific components within foods, the amount needed to generate the beneficial effects is so great that it is virtually impossible to consume enough of the food in question.
But that was not the case in this study; to generate this positive effect, a human would need to consume 3.5 cups of broccoli per day.
“Now, three and a half cups is a lot, but it’s not a huge amount, really,” says Prof. Perdew. “We used a cultivar — or variety — with about half the amount of this chemical in it, and there are cultivars with twice as much.”
“Also,” he adds, “Brussels sprouts have three times as much, which would mean a cup of brussels sprouts could get us to the same level.”
People with some digestive conditions are advised to avoid eating too much roughage, and it will be down to further research to explore how much broccoli and other similar vegetables can be consumed safely by these people.
Because of the huge number of U.S. citizens with digestive problems, a simple and cost-effective intervention such as this could be an important step forward.