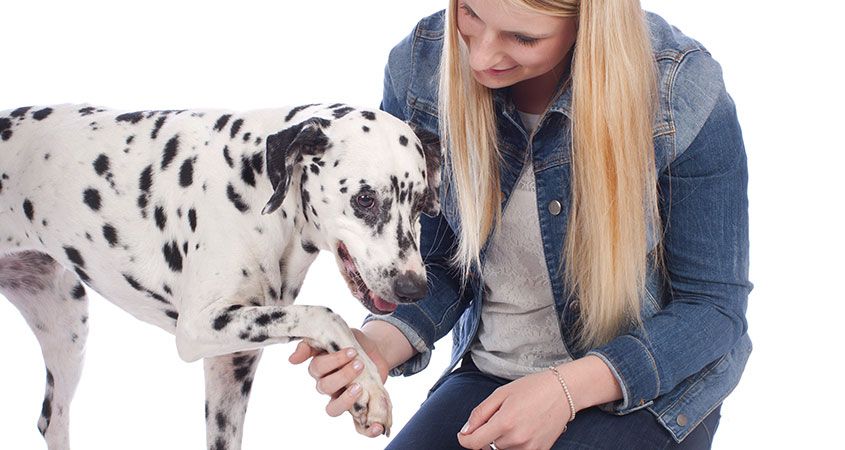 Posted at 09:21h in Health-news by fivestar 0 Comments
0 Likes

A new meta-analysis of 17 academic papers finds evidence that having a pet benefits people with mental health problems. The research also reviews the pet owners’ testimonials, laying out the various ways that pets offer them much-needed solace.
Pets provide invaluable support for people with mental health problems.
An increasing amount of research is pointing to the benefits of pets for people with mental health issues.
For instance, a large study interviewed people living with conditions such as depression, schizophrenia, bipolar disorder, or post-traumatic stress disorder.
The findings revealed that having a pet offers people a deep sense of “ontological security” — that is, the feeling of stability, continuity, and meaning in one’s life.
Another study that we reported on described the findings of the Centers for Disease Control and Prevention (CDC), which encouraged parents to get their children a pet; having a dog staved off anxiety and was linked to a lower body mass index (BMI).
Now, a systematic review of these studies — and more — analyzes the evidence suggesting that pets benefit people with serious mental health problems.
The review was led by Dr. Helen Louise Brooks, from the University of Liverpool in the United Kingdom, and the findings were published in the journal BMC Psychiatry.
Dr. Brooks and her colleagues searched nine medical databases and screened more than 8,000 articles before narrowing down their review to 17 papers.
The papers looked at the effect of having cats, dogs, hamsters, finches, and even goldfish on the mental well-being of people living with a mental illness.
Specifically, participants included in the studies had either been diagnosed with a serious mental health condition or a mental health condition that was linked to a physical health problem or developmental disorder. The review also included self-reported mental illness.
Overall, the review found that pets helped these participants to manage their emotions and offered a distraction from the symptoms of their mental health condition.
The pets were perceived as providing unconditional love and support and helping to ease feelings of worry, distress, and loneliness.
“Pets provided acceptance without judgment, giving unconditional support, which [participants] were often not receiving from other family or social relationships,” adds Dr. Brooks.
Additionally, some owners said that their pet forced them to stay connected with the outside world and engage in physical activity. Some pets — such as dogs — were found to encourage social interaction and strengthen community ties.
Having a pet also helped the people to keep a strong sense of “identity, self-worth, and existential meaning.”
One participant said, “When I was so depressed, I was kind of suicidal. […] The thing that made me stop was wondering what the rabbits would do. That was the first thing I thought of and I thought, oh yeah, I can’t leave because the rabbits need me.”
“My best quality is that I love animals and I take care of animals,” said another participant. “Other than that, I can’t think of anything real outstanding.”
“When he comes and sits up beside you on a night,” said another pet owner, “it’s different, you know, it’s just, like, he needs me as much as I need him, sort of thing.”
Study co-author Dr. Kelly Rushton comments on the significance of the findings, saying, “We feel that pet ownership has a valuable contribution to mental health, so should be incorporated into individual care plans of patients.”
“This sort of intervention also offers an opportunity to involve patients in their own mental health service provision through open discussion of what works best for them.” Said Dr. Kelly Rushton.
Dr. Brooks agrees with this, adding, “This review suggests that pets can provide benefits to those with mental health conditions.”
“However,” she says, “further research is required to test the nature and extent of this relationship and the range of roles and types of support pets confer in relation to mental health.”