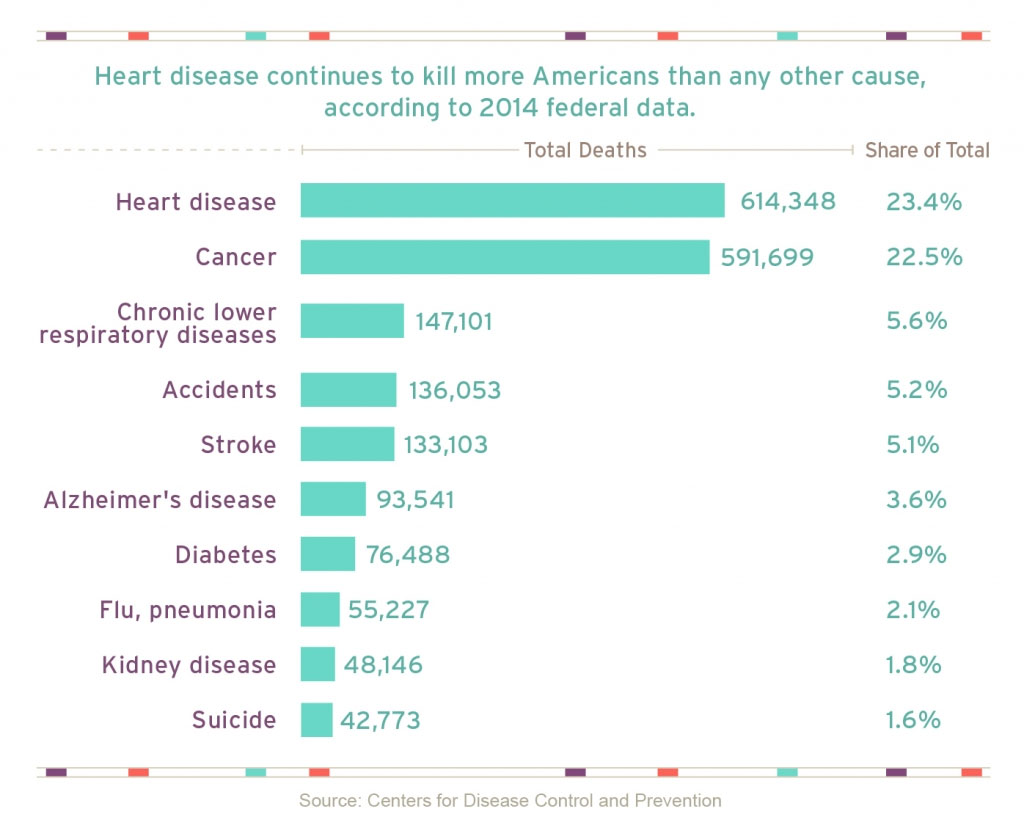 For a number of years now the dreaded disease cancer has been on pace to replace heart disease as the number one killer in the U.S. (after stupidity, that is). however, for as yet unknown reasons heart disease has once again skyrocketed, placing it once more in the lead of the race for the dubious distinction as America’s deadliest disease.
The CDC maintains that seeing as heart disease and cancer are generally caused by the same things, they are not going to be changing anything in their current modus operandi.
However, there is one theory that suggests that heart disease isn’t actually caused by the same things that cause cancer. It is just that these so- called cancer causers are in fact stress reducers, leading to the suggestion that these actions, taken to avoid heart disease, succeeded, leading to the decline. And also fueled the rise in cancer. Now the trend has reversed, with more people dying from stress, which is the real cause of heart disease, than from cancer, which is the side effect of anxiety reducing exercises (such as smoking, or taking too many ‘natural sweeteners’. Or trying to trick your body into thinking it’s a Chinese woman via natural Chinese remedies.).

*This theory has not been proven