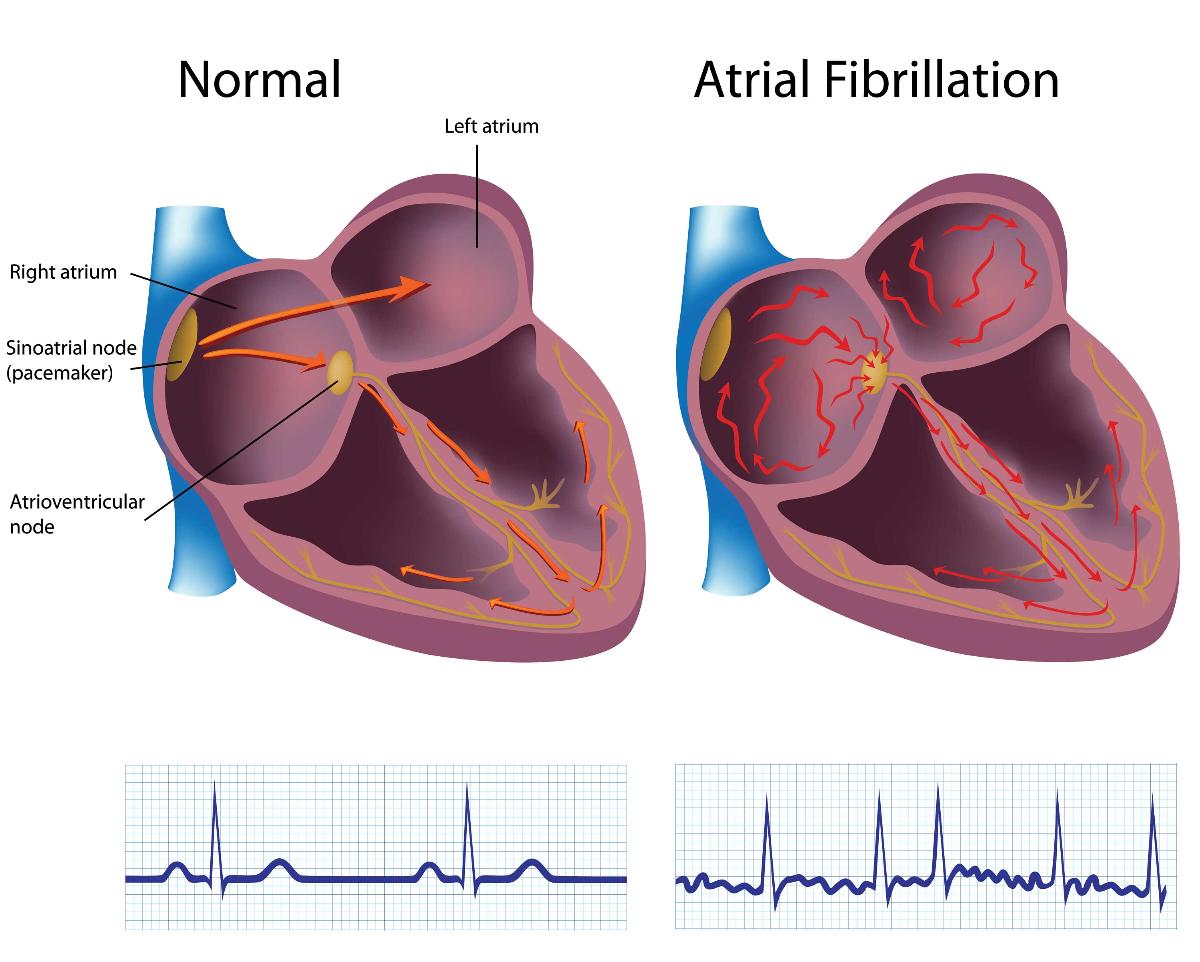 Atrial fibrillation (AFib) contributes to nearly 6 million annual deaths in the United States, and standard treatments for the condition— which is linked to obesity, stroke, heart disease and diabetes— are only effective about 70 percent of the time. But researchers at the Ohio State University are trying to improve those numbers by studying cardiac disease in live human donor hearts and creating 3-D maps to better personalize ablation therapy, a common treatment for AFib.
The atria, which refers to the two upper chambers of the heart, is responsible for moving blood into the ventricles, or the two lower chambers of the heart. Healthy hearts contract then relax into a regular beat, but during AFib, the atria beat irregularly, increasing the risk of blood clots. According to the American Heart Association, having AFib is linked with a fivefold increased risk of stroke and a twofold risk of heart-related death. It is the most common form of arrhythmia worldwide.
Standard ablation therapy for AFib involves performing a CAT scan or MRI of the heart, and creating a 3-D image in a mapping system to help guide treatment. The therapy aims to target electrical activity in the organ by sending radiofrequency waves through a catheter that is inserted in the atria. Those waves are meant to target affected tissue and make a tiny scar in the heart chamber, ideally disrupting the entire source of AFib. But because the heart is a 3-D organ, current mapping methods are imprecise and directly applying treatment often requires guesswork, lead study author Vadim Fedorov, associate physiology and cell biology professor at OSU, told Fox News.
Fedorov likened targeting electrical activity this way to identifying a fish in a lake simply by monitoring surface waves.
Current clinical imaging can detect up to 200 recordings from only one side, while the imaging technique Fedorov’s team has developed conducts 40,000 recordings in 3-D— in other words, through the heart and at various depths.
In his research thus far, which was published recently in the European Heart Journal and Circulation, Fedorov and his colleagues are applying fluorescent dye to live human donor hearts from heart transplant recipients, and then using four highly sensitive infrared cameras to study the organs’ electric activity. The dye itself helps identify such activity. Researchers have 12 hours from receiving the heart to prepare the atria and make their observations.
Previous animal studies have suggested there are tornado-like patterns of electrical activity— called re-entrant drivers— that cause AFib. The human heart model that Fedorov’s team has studied confirms how this activity travels to heart tissue.
Next in their research, Fedorov’s team plans to better define the driver of AFib and validate their results so doctors can one day carry out more precise ablation therapy clinically— hopefully, Fedorov said, in another five years.
He and Dr. John Hummel, an electrophysiologist at OSU, are studying cardiac MRIs of patients who have received standard ablations to see how successful the therapies are at targeting these reentrants.
“Because we’re not to the point where we can ablate based on the high-resolution mapping done in the lab, we’re working it backwards, to verify if the mapping matches where we have successfully ablated,” Hummel said in a news release.
“[This] research suggests that might not be true,” Hummel said in the release.
For Fedorov, the potential impact of his team’s research is personal. His cousin and father are among the millions of Americans who have died from sudden cardiac arrest— an event that is associated with AFib.
“We’re talking about targeted, personalized treatment based on functional and structural imaging— that’s our ultimate goal,” Fedorov said.