If you sleep less, you should drink more 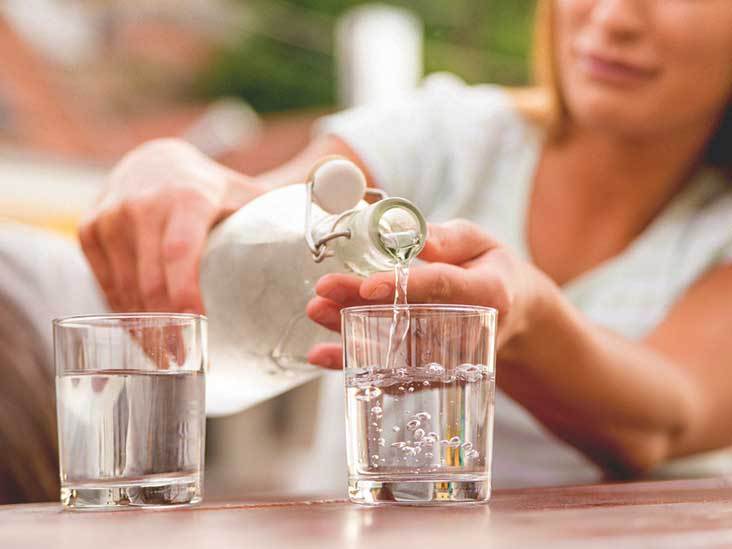 09 Nov If you sleep less, you should drink more

New research suggests that insufficient sleep may cause dehydration by disrupting the release of a hormone that is key to regulating hydration.Not only does insufficient sleep impair attention and judgment, but prolonged sleep deprivation raises the risk of type 2 diabetes, high blood pressure, obesity, and respiratory disease.

More recently, some studies have found that sleeplessness increases the risk of kidney disease and premature death. The kidneys play a vital role in hydration, and drinking more water improves kidney health.

However, few studies have examined the effects of sleep deprivation on the body’s hydration levels. New research has aimed to fill this gap. The leader of the study was Asher Rosinger, Ph.D., an assistant professor of biobehavioral health at Pennsylvania State University in State College.

The new study, which examines the effect of insufficient sleep on hydration levels among adults from the United States and China, was recently published in the journal Sleep.

Rosinger and colleagues analyzed the data available from two large studies: the National Health and Nutrition Examination Survey and the Chinese Kailuan Study.

Overall, the researchers examined the records of over 20,000 healthy young adults, who had provided urine samples and completed questionnaires concerning their sleeping habits.

The scientists examined the urine for two markers of dehydration: specific gravity and osmolality. Rosinger and the team also applied logistic regression models to evaluate the link between hydration and sleep duration.

They found that people who regularly got 6 or fewer hours of sleep each night had more concentrated urine than those who got about 8 hours per night. “Short sleep duration was associated with higher odds of inadequate hydration in [American] and Chinese adults, relative to sleeping 8 hours,” the authors explain.

More specifically, people who reported that they regularly slept for 6 hours or less each night were 16–59 percent more likely to be dehydrated than those who slept for 8 hours a night. These results applied to both population samples.

Finally, the study found no association with getting 9 or more hours of sleep per night.

Commenting on the findings, the lead author noted, “If you are only getting 6 hours of sleep a night, it can affect your hydration status.This study suggests that if you’re not getting enough sleep and you feel bad or tired the next day, drink extra water.”

Although the new study is purely observational and does not prove causality, the researchers think that the hormone vasopressin may be responsible for the link between too little sleep and a lack of hydration.

Vasopressin is an antidiuretic hormone that controls the body’s water balance during the day and night.

“Vasopressin is released both more quickly and later on in the sleep cycle,” Rosinger explained, adding, “If you’re waking up earlier, you might miss that window in which more of the hormone is released, causing a disruption in the body’s hydration.”

Researchers should further assess the relationship between dehydration and sleep deprivation, the authors note. Longitudinal studies, for example, can determine hydration levels at baseline and re-examine them after a week of insufficient sleep.

Dehydration has various negative health effects. It can cause muscle weakness, headaches, and fatigue. Being dehydrated may also i