If you’re getting an MRI with an older pacemaker, be sure to have equipment on hand 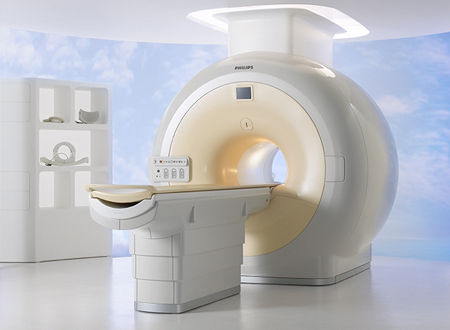 03 Jan If you’re getting an MRI with an older pacemaker, be sure to have equipment on hand

Powerful magnetic fields created during an MRI scan were thought to play havoc with some pacemakers, but a new study says these scans are safe for people with the heart devices.

Researchers tested the safety of MRIs on more than 1,500 people who had older pacemakers or implantable defibrillators — called legacy devices — that the U.S. Food and Drug Administration does not consider safe for MRIs. The result: No long-term adverse effects were found.

“Many patients have implanted pacemakers or defibrillators that were not designed to be used with MRI scans,” said senior study author Dr. Henry Halperin. He’s a professor of medicine and co-director of the Johns Hopkins Imaging Institute of Excellence in Baltimore.

A majority of people who have these devices will need an MRI at some point, he noted. The study results show that “it’s really safe to do MRIs in these patients,” he added.

When MRIs were first introduced, problems with scanning those patients with implanted devices did exist, according to Halperin.

“There were some real issues, like the devices would stop working, and there were 13 to 15 deaths reported,” he said. Based on those reports, the FDA said that people with these devices should not have MRIs.

Since 2000, devices have been modified to make them safe during an MRI. But many people still have legacy devices that the FDA does not consider MRI-safe.

MRIs are also safe for people who have wires that connect the devices to the heart — called leads — left in place after new leads were implanted, Halperin added.

According to Dr. Byron Lee, a professor of medicine and director of electrophysiology laboratories and clinics at the University of California, San Francisco, “This is important research that affects patient care immediately.” Lee was not involved with the new study but was familiar with the findings.

“Contrary to the official word from the device manufacturers and many doctors, almost all patients with pacemakers and defibrillators, and even those with older-generation devices, can get MRIs,” Lee said.

To do the scan safely, however, special equipment and extra personnel are required, he explained.

“Currently, many facilities cannot or choose not to provide this service,” Lee said. “Therefore, patients sometimes need to advocate for themselves and push for referral to capable centers.”

For the study, Halperin and his colleagues tested the safety of MRIs in just over 1,500 people who needed an MRI to diagnose various conditions. However, they had either a pacemaker or an implantable defibrillator not considered to be safe for MRIs.

Before the scans, the investigators changed the pace setting on pacemakers or the defibrillating mode on implanted defibrillators so they would not react to the electromagnetic field created by the MRI.

Halperin’s team found no long-term significant problems when the devices were reset after the scan.

In one patient, the battery in the pacemaker was near its expiration date and could not be reset. This patient had a new pacemaker implanted, the study authors noted.

Although some patients experienced changes in the pacemakers’ function, these changes were not life-threatening or significant and did not require the device to be reset, the researchers said.

Dr. SamanNazarian, the study’s first author, said, “Given the results of our study and others, it is hard to understand the position of the Centers for Medicare and Medicaid Services to restrict access to MRIs in patients with implanted pacemakers and defibrillator systems.”

Limiting people with legacy pacemakers and defibrillators from access to the potentially lifesaving diagnostic data attainable from an MRI is outdated, said Nazarian, who is associate professor of medicine at the University of Pennsylvania Perelman School of Medicine.

“If you are one of the millions of patients with a pacemaker or defibrillator system in place and have been told you need an MRI, contact a center with the expertise to enable the imaging,” he said.

The study was published in the Dec. 28 issue of the New England Journal of Medicine.