International panel of experts urges people to use cochlear implants 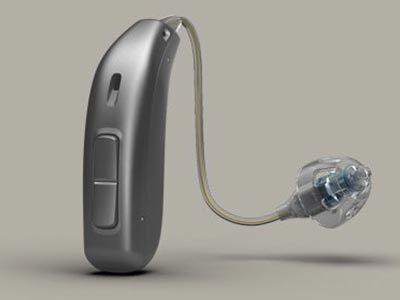 Posted at 14:51h in Uncategorized by fivestar 0 Comments
0 Likes

An international group of hearing specialists has released a new set of recommendations emphasizing that cochlear implants should be offered to adults who have moderate to severe or worse hearing loss much more often than is the current practice. The group hopes the recommendations help increase the usage of such devices, potentially improving hearing and quality of life for millions worldwide.
The consensus statement, published Aug. 27 in JAMA Otolaryngology, was developed by a panel of 31 hearing experts representing more than a dozen countries. Craig A. Buchman, MD, the Lindburg Professor and head of the Department of Otolaryngology-Head & Neck Surgery at Washington University School of Medicine in St. Louis, led the panel.
Unlike hearing aids, which amplify sound for people who retain some ability to hear, cochlear implants help people hear by directly stimulating the auditory nerve.
The committee of hearing experts, which includes otolaryngologists and audiologists, said that the estimated 50 million people living with hearing loss severe enough to negatively affect the quality of life could benefit from cochlear implants. The recommendations also are intended to raise awareness among primary care doctors and other health-care providers who potentially could diagnose hearing loss and refer patients to hearing specialists.
“Even though cochlear implants have been approved by the Food and Drug Administration since 1985, less than 10% of adults who could benefit from them actually receive one of these devices,” Buchman said. “There may be a misconception that cochlear implants are only for young children born with profound hearing loss. But these devices can be extremely effective for adults who have lost hearing later in life. Adults who have difficulty talking on the phone, for example, are probably candidates for a cochlear implant.”
Buchman also said adults and their doctors may turn to hear aids because they assume such devices will solve the problem and help avoid what is perceived by many to be major surgery.
“Cochlear implants can be implanted in an outpatient procedure that typically takes about an hour,” Buchman said. “It’s a safe procedure and highly effective. In addition, hearing aids only work for those who need some amplification. But as hearing diminishes, people start to lose clarity as well. Making unclear speech louder doesn’t help with comprehension — people start to sound like the teacher who mumbles in the Charlie Brown cartoon. At that degree of hearing loss, a cochlear implant is the recommended intervention because it can restore clarity.”
He goes on to recommend that doctors test for hearing issues by asking questions while washing their hands, to prevent body language and lip-reading. He further highlights the fundamental importance hearing can have on a person’s life, with bad hearing causing anxiety, depression, and social isolation.