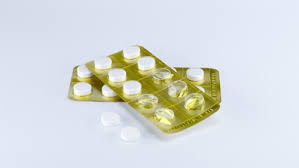 For the very first time, scientists have developed a light-activated drug for treating Parkinson’s disease directly in a targeted part of the brain.

The drug — which is activated by shining light down an optical fiber implanted in the brain — reduced Parkinson’s symptoms and improved motor function in mice.

In a paper about the work now published in the Journal of Controlled Release, the international team suggests that the “light-operated” drug could potentially treat other movement disorders.

When activated by light, the drug — called MRS7145 — blocks a protein called the “adenosine A2A receptor.”

Previous studies have already suggested that the adenosine A2A receptor is a promising target for brain disorders such as Parkinson’s disease.

However, as the authors explain in their paper, adenosine receptors are located throughout the brain, making it difficult to use them for selecting and targeting only specific parts of the brain.

By allowing “the spatiotemporal control of receptor function,” the new light-activated drug overcomes “some of these limitations,” note the authors.

In excess of 10 million of the world’s population has Parkinson’s disease, including 1 million people in the United States alone.

The disease is lifelong and gets worse with time. It mainly affects movement, producing tremors, stiffness, slowness, and problems with balance and coordination. Nonmovement symptoms can also arise, such as constipation, disturbed sleep, depression, anxiety, and fatigue.

Parkinson’s disease does not usually strike before the age of 50; only around 10 percent of cases are diagnosed at an earlier age.

It arises due to death of nerve cells, or neurons, in a part of the brain called the substantia nigra. These neurons make a chemical messenger called dopamine, which, among other things, is important for controlling movement.

The goal of many drugs intended to treat Parkinson’s disease is to restore dopamine levels in the brain. The blocking of adenosine receptors has been suggested as a target for such treatments, because it can raise dopamine levels.

Photopharmacology is a relatively new medical field that develops drugs whose power can only be switched on and off using light.

The approach offers the possibility of controlling the precise location of drug release in the body, thereby limiting any off-target side effects. An example is the precise targeting of chemotherapy drugs to specific cancer cells.

It also allows precise timing of the release of the drug. The release of type 2 diabetes drugs that individuals can switch on and off as and when required is an example of this.

Precisely timed dosing is a distinct advantage in the use of drugs that gradually lose their efficacy and thus require bigger doses to work. This is what happens with levodopa, the most common drug for treating Parkinson’s disease.

MRS7145 is a light-sensitive derivate of “SCH442416, [which is] a selective antagonist of adenosine A2A receptor.”

The compound is chemically inactive until it is irradiated with light of wavelength 405 nanometers, which is in the violet, visible part of the spectrum and not harmful to tissue.

For their study, the researchers ran a series of tests. First, they showed that the drug responded to being triggered by light in cells expressing the adenosine A2A receptor and blocked the receptor.

Then they tested the drug’s effect on motor function in live mice. They implanted an optical fiber into the appropriate part of the mice’s brains: the striatum.

When they shone light of the correct wavelength down the fiber, the mice showed “significant hyperlocomotion.” This treatment also reduced the effect of drug-induced rigidity and tremor.

Finally, they showed that the approach also reversed “motor impairment” in a mouse model of Parkinson’s disease.

Co-corresponding author Dr. Francisco Ciruela, of the Institute of Neurosciences at the University of Barcelona in Spain, explains that there are already treatments for Parkinson’s disease that use wires implanted into the brain.

He and his colleagues caution that it is still very early days yet, and that there is a lot of work to do before the light-activated drug is ready for clinical use in a similar way.

Nevertheless, he envisages a future in which the patient has a light-generating “patch” connected to the implanted fiber.

Activation of the light, and thereby the timing of drug release, could be controlled remotely by the doctor through a smartphone app.

Such an approach may also help to minimize dose-timing problems that typically occur in treating long-term illnesses, when commitment to treatment schedules can begin to flag.