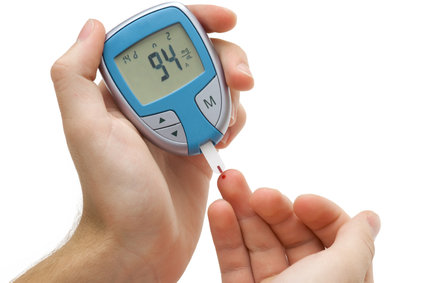 New insights from research on how insulin exits the bloodstream to metabolize glucose in cells could lead to new treatments for insulin resistance, a condition that usually precedes type 2 diabetes.

Tracking insulin’s journey through the bloodstream could yield new treatments for insulin resistance and type 2 diabetes.

In a paper that was published in The Journal of Clinical Investigation, scientists at Vanderbilt University in Nashville, TN, report how they used a new microscopy technique alongside mathematical models to directly measure and characterize the movement of insulin as it traversed blood vessel walls into skeletal muscle cells in live mice.

Their findings suggest that the mechanism of insulin transport as it leaves the tiny blood vessels, or capillaries, in muscle tissue is different to that suggested by previous studies.

Insulin resistance develops when the cells that make up the tissues of the liver, fat, and muscles do not respond effectively to insulin, the hormone that helps them to convert glucose into energy. The pancreas compensates by making more insulin to keep glucose at the correct level.

But as time goes on, pancreatic cells cannot keep up, glucose levels rise, and prediabetes and type 2 diabetes develop. The majority of people with diabetes have type 2 diabetes.

More than 30 million adults in the United States have diabetes, including more than 7 million who are undiagnosed. Another 84 million have prediabetes.

Prof. Wasserman and his colleagues note that the “ability of insulin to stimulate glucose uptake” in muscle cells “depends on the rate at which insulin gets through the endothelium,” which is the thin layer of tissue that lines the blood vessels and controls movement of substances in and out of the bloodstream.

Thus, characterizing the mechanism that controls the movement of insulin through the endothelium “is critical to understanding the progression of insulin resistance,” they argue, as they set out the objective of their study.

Some studies suggest that the mechanism of insulin transport is “saturable” — that is, that the rate drops off with increasing levels of insulin, and that it depends on the presence of insulin receptors on the cells of the endothelium.

“In contrast,” the study authors note that their findings “convincingly demonstrate that insulin movement across the endothelium is nonsaturable and does not require the insulin receptor.”

With the help of the technique that they developed to track, image, and model the movement of insulin as it exits the capillaries in live mice, they concluded that the mechanism works by “fluid-phase transport.”

This mode of transport “may be accomplished by either convective movement of insulin” through the junctions between cells in the endothelium, or “a nonspecific vesicular process, or a combination of both,” they explain.

The scientists suggest that one of the main reasons for the difference between their findings and those of earlier studies is that they were able to directly measure the movement of insulin across the endothelium in live animals, as opposed to using “cultured monolayers” of endothelial cells.

Improving our understanding at the cellular and molecular level of how insulin exits the capillaries could lead to new ways to reverse insulin resistance, including drugs based on small molecules that boost insulin delivery and new synthetic versions of insulin that reach muscle cells more effectively.

Prof. Wasserman is of the opinion that the fluorescence tracing and microscopy technique that they have developed for use in live animals could also be used to study how drugs and other hormones exit the bloodstream to enter target tissues.

“The muscle capillary wall is a formidable barrier to insulin’s action on muscles. It is the rate-limiting step for muscle insulin action and a potential site of regulation.” He concludes