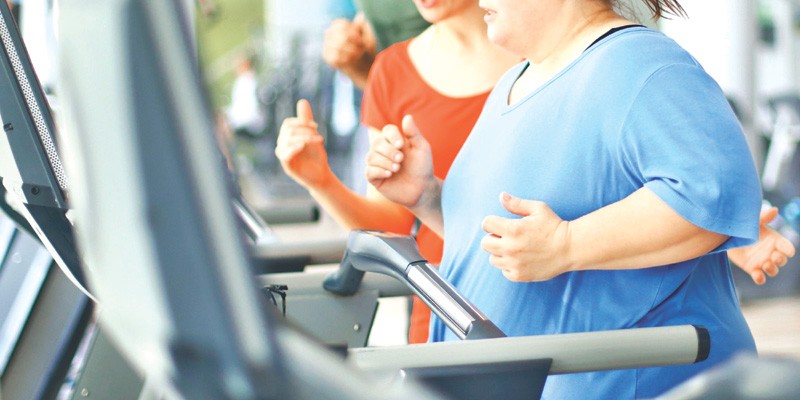 Even without high blood pressure or other signs of illness, obese adults have a much higher risk of developing heart disease than normal-weight peers, according to a study from Denmark.

The results contradict recent research suggesting a subgroup of obese individuals known as “metabolically healthy obese” may not face an increased risk for obesity-related complications such as heart or kidney disease, researchers write in the Journal of Clinical Endocrinology and Metabolism.

“People have a general understanding now that it is not unhealthy to be overweight or obese as long as your lifestyle is relatively healthy,” said senior study author Kristine Faerch of the Steno Diabetes Center in Copenhagen.

“But overweight and obesity is associated with a high risk of developing type 2 diabetes and cardiovascular disease,” she told Reuters Health by email. “Maintaining a healthy weight through life is important to lower risk.”

Faerch and colleagues analyzed data for more than 6,200 men and women who participated in a large Danish study and were followed for at least 10 years.

They looked at participants’ starting body mass index (BMI), a measure of weight relative to height. BMI of less than 24.9 kilograms per square meter was considered normal weight, BMI of 25 to 29.9 was considered overweight and BMI of 30 or above was considered obese. Someone 5 feet 9 inches tall and weighing 210 pounds, for example, would have a BMI of 31.

The researchers also looked at four heart disease risk factors at the beginning of the study and at periodic follow-ups: low HDL (“good”) cholesterol, and elevated blood pressure, triglycerides and blood sugar. Metabolically healthy individuals were defined as having none of these risk factors, and metabolically unhealthy individuals had at least one.

“What this study shows, before even looking at outcomes, is how rare a strictly healthy type of obesity is in the first place,” said Joshua Bell of the University of Bristol in the UK, who wasn’t involved with the Danish study. “(It’s) about 1 in 10 obese adults, and like we’ve found in previous studies, this status is often temporary.

Bell and colleagues published research in the International Journal of Obesity in February that suggests obesity also hastens age-related functional decline and disability, even in metabolically healthy adults.

“As important as heart disease is, it’s not the only aspect that can go wrong,” he said. “We also need to consider musculoskeletal impairments and other outcomes that affect quality of life,” he told Reuters Health by email.

“This will become increasingly important as more people live with obesity for longer as we get better at controlling heart disease,” Bell said.

Future research may also focus on different definitions of metabolically healthy obesity, said Matthias Schulze at the German Institute of Human Nutrition in Potsdam-Rehbruecke who wasn’t involved with either study. Instead of body mass index, measurements could use waist circumference, waist-hip ratio or body fat distribution, he noted.

Of course, this whole discussion is ridiculous.