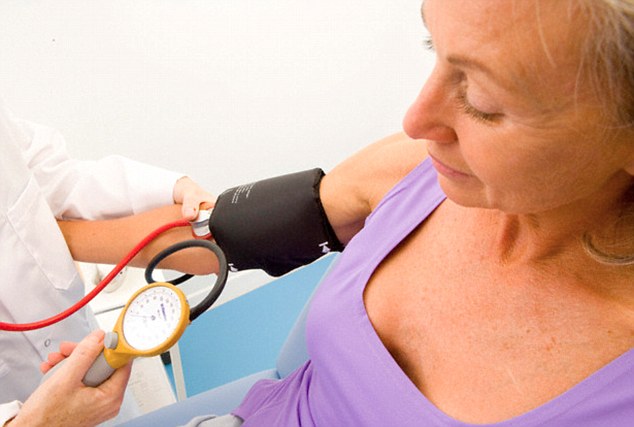 Health experts often assume that blood pressure measured in a medical office or hospital may be higher than usual, thanks to the anxiety brought on from being in a doctor’s office (a phenomenon known as white-coat hypertension). As a result, physicians may not take borderline-high blood pressure too seriously in otherwise healthy adults.

A new study suggests that white-coat hypertension is actually less common than its exact opposite: a condition known as masked hypertension, in which blood pressure measurements at the doctor’s office are actually lower than those taken at other times of the day. Doctors may be missing a significant percentage of people who should be monitored (and potentially treated) for high blood pressure, the authors say, especially among young, normal-weight patients.

For the new study, published yesterday in the journal Circulation, researchers from Stony Brook University and Columbia University recruited 888 healthy men and women with an average age of 45. They asked participants to wear a portable blood pressure cuff for 24 hours as they went about their daily activities to monitor their ambulatory (around-the-clock) blood pressure. Multiple blood pressure readings were also taken during three separate visits to a clinic to represent measurements taken in a doctor’s-office setting.

When the researchers compared those numbers, they found that ambulatory blood pressure—an average of all measurements taking while they were awake—tended to be higher than their in-office averages, not lower. On average, ambulatory systolic readings were 7 points higher than those taken in clinical settings, while diastolic readings were 2 points higher.

Masked hypertension was more common in men than in women, and in younger adults who were not overweight. As participants grew older and heavier, the gap between their in-office and ambulatory blood pressure narrowed and, in some cases, disappeared or reversed.

The findings were true among white, African American, and Hispanic participants, although the authors say they should be confirmed in more diverse study populations. (The majority of patients in this study were white.) They also note that this trend may not apply for people who have previously been diagnosed with, or are currently being treated for, high blood pressure.

Ambulatory blood pressure is generally recognized as a better predictor of future cardiovascular disease than in-office blood pressure readings; previous research has shown that elevated blood pressure throughout the day significantly increases the risk of cardiovascular events, compared to consistently “normal” readings. Unless doctors recognize a potential problem during an office visit, though, most patients are never given ambulatory tests.

The study authors suggest that many adults—especially young and normal-weight people whose in-office readings put them in the prehypertension category—would likely benefit from completing a 24-hour monitoring. (The closer a person’s in-office reading is to high blood pressure, the more likely that person is to have masked hypertension, they say, so people on the low end of normal probably aren’t at risk.)

When seeing patients for routine physicals or other reasons not related to heart health, “physicians should probably be more concerned that the clinic [blood pressure] underestimates, rather than overestimates, the patient’s average daytime [blood pressure],” the authors wrote.

They hope that their findings will encourage doctors to recommend this next step for more people, and that future research will determine if and how people with high ambulatory blood pressure should be treated.