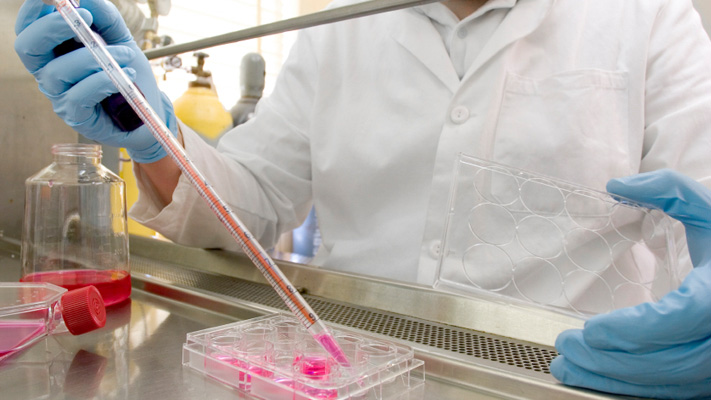 By studying interactions between testosterone and the immune system in male mice, scientists from Northwestern University in Chicago, IL, have discovered a molecule that seems to protect against multiple sclerosis.

In a paper on the findings that was published in the Proceedings of the National Academy of Sciences, the team notes how the “guardian molecule” eliminated symptoms of multiple sclerosis (MS) in female mice.

“These findings,” says Melissa A. Brown, a professor of microbiology and immunology, “could lead to an entirely new kind of therapy for MS, which we greatly need.”

MS is a disease in which the immune system attacks myelin, or the protective sheath that surrounds nerve fibers in the brain and spinal cord and ensures the integrity of the electrical signals that they carry.

Damage to the myelin sheath gives rise to a range of unpredictable symptoms, including impaired movement control, muscle weakness, pain, fatigue, disruption to sensory ability (such as blurred vision), and cognitive dysfunction. In some cases, MS can cause paralysis.

Estimates suggest that around 2.5 million people worldwide are living with MS, including between 300,000 and 400,000 in the United States. However, many experts believe that these numbers are too low.

In the paper, the team explains that women are much more susceptible to autoimmune diseases such as MS, and that differences in sex hormones are a “clear” influence.

In addition, women tend to develop the disease at a much younger age than men and are more prone to the relapsing-remitting form that flares up and then recedes.

Men tend to develop MS when they are older and are more prone to the form that progressively worsens without intervals in which symptoms recede.

The development of MS in men is closely linked to age-related decline in levels of testosterone. However, the underlying cellular and molecular mechanisms are unclear.

Using a mouse model of MS, the team discovered that testosterone prompts a group of immune cells called mast cells to secrete a signaling molecule called interleukin 33 (IL-33) in the males.

The scientists found that IL-33 — which they describe as a “guardian molecule” — triggers a series of chemical reactions that block the development of Th17 immune cells, which is the type that attacks the myelin sheath.

They also found that, without this protective IL-33 response, the female MS mice showed a damaging “Th17-dominant response, which can be reversed by IL-33 treatment.”

Prof. Brown explains, “Because testosterone levels are seven to eight times lower in adult women compared to men, we speculate there are insufficient levels in females to activate this protective pathway. But we showed we can activate the pathway with the guardian molecule, IL-33.”

The researchers hope that their findings will lead to new and effective treatments for MS.

Most of the promising therapies for MS that have broken new ground recently suppress the immune system, but this can leave patients open to infection and feeling unwell.

“Our findings have identified new and more specific cellular and molecular targets for immune intervention that we hope will lead to better therapies that leave most of the immune system intact.” Says Prof. Brown.

The team also suggests that the pathway should also be studied further to find out whether or not it is involved in other autoimmune diseases that occur more often in women.