No, Vegetable oil is not necessarily good for you 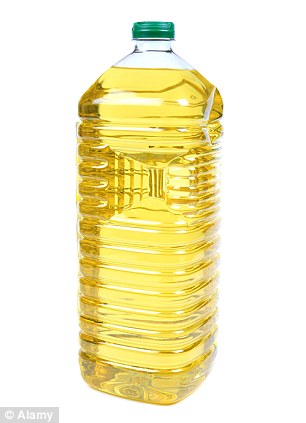 03 Jan No, Vegetable oil is not necessarily good for you

Canola oil is regularly promoted as a healthful cooking fat. A new study, however, suggests that it could be more harmful than helpful — particularly for the brain.

Researchers found that a diet rich in canola oil worsened memory in mouse models of Alzheimer’s.

By studying mouse models of Alzheimer’s disease, researchers found that a diet rich in canola oil exacerbated memory problems over 6 months, and it also led to weight gain.

Senior study investigator Dr. Domenico Praticò, of the Lewis Katz School of Medicine at Temple University in Philadelphia, PA, and colleagues recently reported their results in the journal Scientific Reports.

Canola oil is a type of vegetable oil that comes from rapeseed, or Brassica napus, which is a yellow flowering plant that belongs to the cabbage family.

The very first commercially consumable form of canola oil was developed by Canadian researchers in the 1970s. Unlike some forms of rapeseed oil, canola oil is low in erucic acid, an omega-9 fatty acid that some research has linked to cardiovascular problems and cancer.

Canola oil is also low in saturated fats and high in polyunsaturated fats, which can lower cholesterol and protect the heart.

In fact, studies claim that canola oil “can now be regarded as one of the healthiest edible vegetable oils in terms of its biological functions and its ability to aid in reducing disease-related risk factors and improving health.”

With such glowing reports, it is no wonder that canola oil has become one of the most commonly consumed oils in the United States.

“Canola oil is appealing because it is less expensive than other vegetable oils, and it is advertised as being healthy,” notes Dr. Praticò. “Very few studies, however, have examined that claim, especially in terms of the brain.”

For their study, Dr. Praticò and his colleagues sought to find out more about how canola oil affects brain health. More specifically, using 6-month-old mouse models, they looked at how the vegetable oil influences the pathology of Alzheimer’s disease.

Alzheimer’s disease is the most common form of dementia, and it is characterized by problems with learning and memory.

While the precise causes of Alzheimer’s remain a mystery, it is believed that clumps of amyloid-beta protein, or “plaques,” play a role in the disease.

The researchers wanted to find out how a diet rich in canola oil influences the formation of amyloid-beta plaques, as well as how it affects learning and memory.

The team divided its Alzheimer’s mouse models into two groups. One group was fed a canola-rich diet, which incorporated the human equivalent of two teaspoons of canola oil daily, and the other group was fed a normal diet. Both groups were monitored for 6 months.

At the age of 1 year, both groups of mice completed a maze test, which assessed their learning and memory skills.

Interestingly, the rodents fed canola oil showed reductions in a form of amyloid-beta called 1-40, which was associated with an increase in the formation of amyloid-beta plaques and damage to synapses, the structures responsible for communication between brain cells.

“Amyloid-beta 1-40 neutralizes the actions of amyloid 1-42, which means that a decrease in 1-40, like the one observed in our study, leaves 1-42 unchecked,” explains Dr. Praticò. “In our model, this change in ratio resulted in considerable neuronal damage, decreased neural contacts, and memory impairment.”

Based on these results, the researchers speculate that long-term consumption of canola oil is unlikely to offer any benefits for brain health, and it may actually be harmful.

“Even though canola oil is a vegetable oil, we need to be careful before we say that it is healthy. Based on the evidence from this study, canola oil should not be thought of as being equivalent to oils with proven health benefits.” -Dr. Domenico Praticò

The researchers now plan to conduct a shorter study with the aim of pinpointing the length of time that canola oil needs to be consumed for in order to affect amyloid beta.

The team also wants to investigate whether or not the brain effects of canola oil are limited to Alzheimer’s disease.

“There is a chance,” Dr. Praticò adds, “that the consumption of canola oil could also affect the onset and course of other neurodegenerative diseases or other forms of dementia.”