Old drug is being repurposed to fight cancer 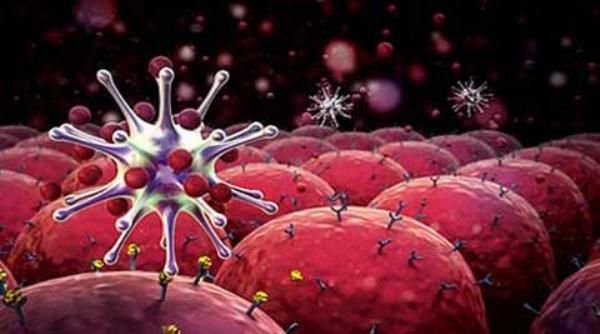 03 Jan Old drug is being repurposed to fight cancer

Previous studies have demonstrated that the alcohol abuse drug disulfiram has anticancer properties. But until now, researchers had not found the mechanism by which the drug can target cancer. New research sheds light, paving the way for the repurposing of the drug.

A new study — published in the journal Nature — uncovers the mechanism and the molecular pathway through which the popular alcohol-aversion drug disulfiram can fight off cancer.

This study was conducted by an international team of researchers led by Prof. Jiri Bartek, of the Danish Cancer Society Research Center in Copenhagen.

Previous studies have shown that the drug has anti-tumor activity both in vitro and in vivo. But as Prof. Bartek and team explain in their paper, the drug has not yet been repurposed for cancer treatment because the mechanism and molecular pathways through which the drug may act against cancer were unknown.

As the study’s authors explain, given the rising global incidence of cancer and the failure of many medications in the face of tumor resistance, identifying new possibilities for using already existing drugs is key.

In fact, the World Health Organization (WHO) estimate that in the next two decades, the number of new cancer cases will rise by 70 percent. Cancer is already the second leading cause of death worldwide.

In this context, drug repurposing is a safe, cost- and time-effective alternative. Testing new drugs can be expensive and time-consuming, but drug repurposing uses medications for which most of the relevant testing has already been done.

So, Prof. Bartek and colleagues set out to unravel the mystery of disulfiram’s anticancer properties.

First, they carried out a nationwide epidemiological study of more than 3,000 Danish people, which showed that cancer patients who continued to take disulfiram were much less likely to die from cancer compared with those who stopped taking the treatment.

Then, the researchers carried out in vitro studies of cancer cells and in vivo studies of mice and identified the metabolite of disulfiram that enables the drug to fight off cancer: the so-called ditiocarb-copper complex.

The researchers also identified ways to further detect and analyze how this metabolite complex accumulates in tumors.

Finally, and importantly, the researchers found the molecular pathway through which this ditiocarb-copper complex acts to suppress cancer cells.

“Our results help to explain the anticancer activity of the alcohol-abuse drug disulfiram,” say the researchers.

“From a broader perspective, our study illustrates the potential of multifaceted approaches to drug repurposing,” they add, “providing novel mechanistic insights, identification of new cancer-relevant targets, and encouragement for further clinical trials.”

Prof. Bartek explained, “We are optimistic, especially [because] we now have the active substance and it works against cancer cells that are resistant to standard-of-care chemotherapy.”

“We have just launched one clinical trial of disulfiram in Sweden and Norway for patients with glioblastoma,” he said, “and one in the Czech republic for advanced breast cancer, and we are about to do two trials in Denmark — for advanced colorectal and breast tumors.”

“We will try to improve the form of the active substance so that it could entirely replace the disulfiram plus copper supplement combination in the near future,” Prof. Bartek added.

“Disulfiram is an old, safe, and public domain drug that might help to save lives of patients with cancer worldwide.”