Report On The Effects Of High Drug Costs Have Been Released 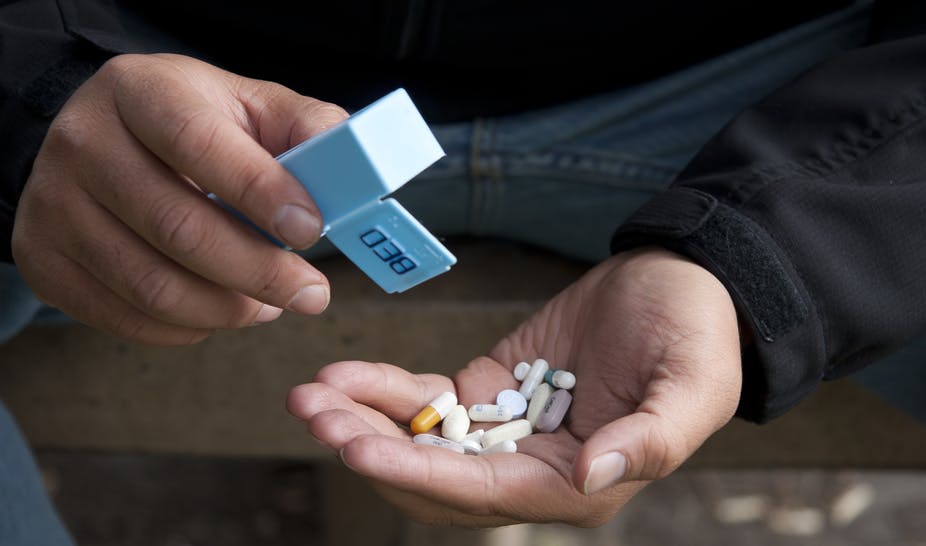 “Financial toxicity” caused by high cancer drug prices is harming people’s ability to fight the dreaded disease, a new report from the President’s Cancer Panel warns.The language, and the idea that resources and work come from nowhere, may be understood by the fact that the panel was appointed by Barack Obama.
The report, released Tuesday, argues that urgent action is needed to stem the growing price tags associated with new cancer drugs, particularly if the price doesn’t match the amount of benefit the drug offers.
“Drug costs are accelerating far faster than costs for other components of care, which, together, can result in a significant financial burden on patients and their families,” the three-member panel wrote. “When financial resources are strained, patients are less likely to follow treatment regimens, potentially worsening health outcomes these drugs are intended to improve.”
The panel recommends a series of actions to minimize the impact of drug costs on patients while also promoting value-based pricing of newer drugs.
In 2013, cancer patients paid $207,000 a year, on average, for their medications, compared with $54,100 a year in 1995, according to the report.
The panel reported that much of the increase can be attributed to new cancer drugs coming on the market.
More than half of new cancer drugs approved by the U.S. Food and Drug Administration from 2009 to 2013 were priced at more than $100,000 for one patient’s treatment for a year. In 2015, cancer patients were paying from $7,484 to $21,834 a month to take new breakthrough drugs that could help them survive.
These prices are causing financial toxicity — a term the panel used to describe the negative impact of cancer care costs on the well-being and survival chances of patients.
“We have patients every day who need to take medication and may be facing very difficult decisions about whether to take their medicine as prescribed or making adjustments based on financial concerns,” said Ann Geiger, an adviser to the panel. She’s deputy associate director of the Healthcare Delivery Research Program at the U.S. National Cancer Institute.
PhRMA, which represents the pharmaceutical industry, responded to the panel’s findings.
“Today’s cancer therapies were unimaginable just a decade ago. These new therapies attack disease at the molecular level and are tailored to the unique needs of individual patients,” Holly Campbell, deputy vice president of public affairs at PhRMA, said in a statement.
“Thanks to these breakthroughs, the cancer death rate in the United States has fallen 25 percent since its peak and two out of three patients diagnosed with cancer are living at least five years after diagnosis,” she added.
But, “too often insurance companies don’t cover the newest cancer breakthroughs and if they do, they often put all medicines to treat certain types of cancer on the highest cost-sharing tier,” Campbell explained. “This concentrates costs on the sickest patients, which is the opposite of how insurance is supposed to work.”
“And the cost of treatment doesn’t reflect the full range of factors that contribute to the financial hardships faced by patients with cancer,” Campbell added. “Research shows that physician and hospital fees, transportation expenses and the inability to work, among other medical and non-medical factors, are driving the cost burden on patients.”
In the report, the panel recommends:
• Promoting value-based pricing so that drug costs are more reflective of their benefits and effectiveness.
• Providing patients with better information and clearer communication about the cost of their treatment options, so they can make the best-informed decisions about their care.
• Maintaining access to high-quality health insurance that minimizes the impact of cancer drug costs on patients.
• Stimulating competition that promotes the development of generic and biosimilar versions of pricey cancer drugs.
• Arming the FDA with the resources needed to assess cancer drug safety and effectiveness.
• Investing in new research that will promote the development of innovative and high-value cancer drugs.
The American Cancer Society agreed.
“Managing rising drug prices is a common struggle for cancer patients who are often unsure about what their insurance will cover or how much of the cost they’ll have to shoulder,” according to American Cancer Society representative Kirsten Sloan. She’s vice president for public policy for the society’s Cancer Action Network.
“If patients are going to maintain access to the drugs they need, there has to be a balanced approach that recognizes the need for innovation and affordability. This report offers an important starting point for a critical national conversation,” Sloan said.
President Trump has discussed this problem in the past