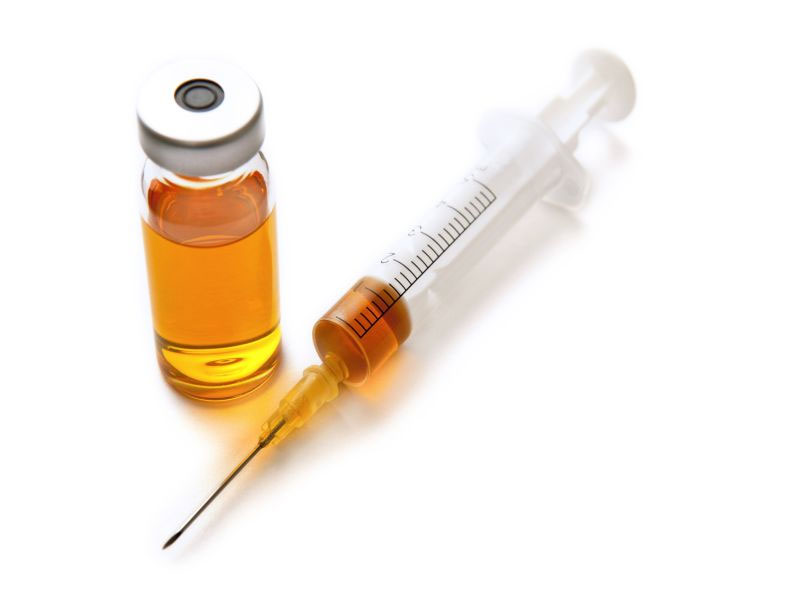 An anti-cancer vaccine made from a leukemia patient’s own cells can dramatically increase the chance of long-term survival against the deadly disease, a new study indicates.

Patients with acute myeloid leukemia — one of the most aggressive blood cancers — must undergo intense chemotherapy to beat back the disease. And then they almost always relapse within a couple of years, explained senior researcher Dr. David Avigan, chief of hematological malignancies and director of the Cancer Vaccine Program at the Beth Israel Deaconess Medical Center in Boston.

But a handful of leukemia patients have been in remission for nearly five years now, thanks to a new vaccine created from a fusion of leukemia cells and immune cells drawn from their own bodies.

The vaccine has produced long-term remission for 70 percent of a small group of 17 vaccinated patients with an average age of 63, the researchers reported.

In that older age group, typically only 15 percent to 20 percent of patients remain leukemia-free within two years of remission, according to background notes with the study.

“It’s a very profound difference from what you would expect,” said Avigan, who is also a professor at Harvard Medical School. “We had a few patients still in remission who were told to get their affairs in order before they came into this program.”

Typically, leukemia patients who go into remission following chemotherapy relapse unless they keep receiving chemo, Avigan said. The blood cancer can rebound because it is able to evade detection by the person’s immune system.

A more recent treatment option has been to administer a bone marrow transplant following successful chemo, in hopes that new white blood cells produced by the donated marrow will be able to find and kill the cancerous blood cells circulating in the patient’s body, he said.

That has worked for many patients, demonstrating the potential effectiveness of using the immune system to fight leukemia, Avigan said.

Unfortunately, the donated bone marrow can produce an immune response that also attacks a person’s own body, with the donor white blood cells judging the host’s healthy cells and tissues as foreign. Patients must take strong immune-suppressing drugs, which leaves them open to infections and other illnesses.

Avigan and his colleagues decided to create a vaccine that would teach the immune system to find and attack leukemia cells.

The researchers obtained bone marrow samples from patients prior to chemotherapy, and from those samples drew both leukemia cells and immune system cells.

The researchers then combined the two, creating a leukemia cell that draws attention to itself because it also carries immune-stimulating traits.

The research team then injected patients with the vaccine after they entered remission through chemotherapy.

Because the vaccine relies on the patient’s own immune cells, rather than donated cells, it avoids the toxic side effects associated with bone marrow transplants, Avigan said.

Susanna Greer, director of clinical research and immunology for the American Cancer Society, called the new vaccine “a really tremendous discovery” that “changes the ball game for acute myeloid leukemia.”

Chemotherapy can never kill off all a person’s leukemia cells, so this sort of immunotherapy is important to teach the immune system to find and attack those remaining blood cancer cells, Greer said.

The vaccine creates “a really nice activation of multiple different types of immune cells,” Greer said. “They really got a big bang for the buck, and one of the cancer cells that should be killed by their protocol is the cell that’s driving the entire tumor here. If we can eliminate that, we should eliminate the tumor.”

Avigan and his colleagues have secured funding to perform a larger clinical trial for their leukemia vaccine, and also are conducting a trial for a vaccine against multiple myeloma, another blood cancer.

The study results were published Dec. 7 in the journal Science Translational Medicine.