Revenge of the height challenged eggheads 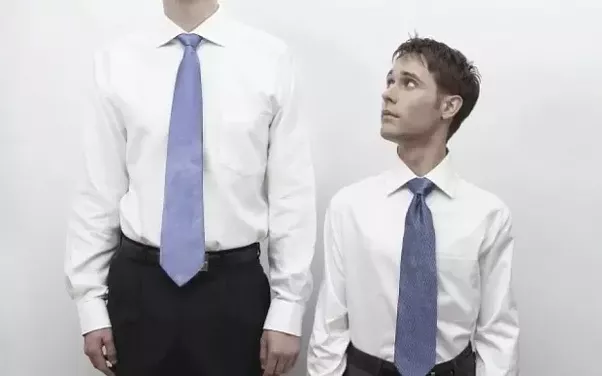 As everyone knows, short people don’t like asking help from those who are taller. As we all know as well, they haven’t got much of a choice half the time (the other half the stool isn’t being used by someone else, or broken outright).

So, they can now rejoice, as they have a new point to lord over the rest of us, not that it will ever actually make much of a difference. Read:

‘The taller you are, the more likely you may be to develop blood clots in the veins, according to new research in the American Heart Association journal Circulation: Cardiovascular Genetics.

In a study of more than two million Swedish siblings, researchers found that the risk of venous thromboembolism – a type of blood clot that starts in a vein – was associated with height, with the lowest risk being in shorter participants.

For men shorter than 5’3″, the risk for venous thromboembolism dropped 65 percent when compared to the men 6’2″ or taller.

For women, shorter than 5’1″ who were pregnant for the first time, the risk for venous thromboembolism dropped 69 percent, compared to women that were 6 feet or taller.

“Height is not something we can do anything about,” said lead researcher Bengt Zöller, M.D., Ph.D., associate professor at Lund University and Malmö University Hospital in Malmö, Sweden. “However, the height in the population has increased, and continues increasing, which could be contributing to the fact that the incidence of thrombosis has increased.”

The CDC estimates venous thromboembolism affects up to 600,000 Americans every year, making it the third leading cause of heart attack and stroke. The most common triggers are surgery, cancer, immobilization and hospitalization. In women, pregnancy and use of hormones like oral contraceptive or estrogen for menopause symptoms are also important triggers.

Zöller said gravity may influence the association between height and venous thromboembolism risk. “It could just be that because taller individuals have longer leg veins there is more surface area where problems can occur,” Zöller said. “There is also more gravitational pressure in leg veins of taller persons that can increase the risk of blood flow slowing or temporarily stopping.”

“I think we should start to include height in risk assessment just as overweight, although formal studies are needed to determine exactly how height interacts with inherited blood disorders and other conditions,” Zöller said.’

And that about sums it up. Well, you will note that for starters, the height gulf utilized here is enormous, close to twelve inches. Second, that they only measured the height variable, so the study pretty much worthless.

Looks like they’re just going to have to stick to throwing insults, like asking how’s the weather up there.