Some people eat faster than others, others sleep faster 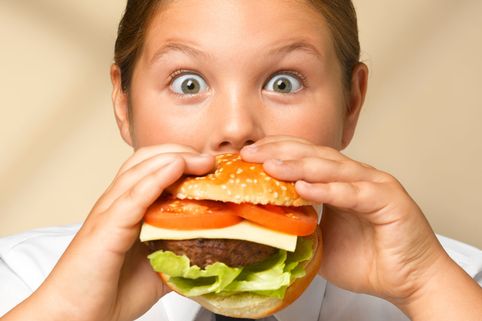 03 Jan Some people eat faster than others, others sleep faster

New research helps us understand why.

For some of us, it may be harder to perform certain cognitive tasks after a sleepless night.

With 50 to 70 million adults in the United States having a “sleep or wakefulness disorder,” the Centers for Disease Control and Prevention (CDC) consider sleep deprivation a “public health concern.”

Sleep loss is especially alarming given its status as a significant risk factor for traffic accidents and medical mishaps, as well as posing a danger to one’s health.

Insufficient sleep could increase the risk of high blood pressure, diabetes, obesity, and cancer, among others conditions.

Cognitively, sleep deprivation has a wide range of adverse effects. In fact, the CDC report that 23.2 percent of U.S. adults aged 20 and above have trouble concentrating, and another 18.2 percent say that they have trouble remembering things as a result of losing sleep.

However, new research shows that the cognitive effects of sleep loss vary from person to person, and that these differences may be down to our genetic makeup.

Scientists led by Paul Whitney, who is a professor of psychology at Washington State University (WSU) in Pullman, found a genetic variation that explains why some people perform certain cognitive tasks a lot better than others after they have been sleep deprived.

The findings were published in the journal Scientific Reports.

Whitney and colleagues examined the cognitive abilities of 49 healthy adults who were aged 27, on average.

To test the participants’ cognitive abilities, the researchers asked them to complete a task before and after the intervention, using a computer screen and a mouse.

The purpose of the task was to assess flexible attentional control by testing the participants’ ability to correctly click the left mouse button when they see a certain letter combination on the screen, and the right mouse button for all the other letter pairs.

Participants were instructed to perform the task as quickly and accurately as possible. Importantly, in the middle of the experiment, they were suddenly asked to switch and click the left mouse button for another letter combination.

Whitney and team also performed genotype analyses on the participants and divided the sleep-deprived group into three subgroups, based on three variants of a gene called DRD2.

The DRD2 gene is a dopaminergic receptor that regulates information processing in a brain area associated with cognitive flexibility.

After the attentional “switch” in the middle of the task, some participants became confused and performed poorly at the “new” task.

However, participants with a particular variation of the DRD2 gene performed just as well as the control group.

Study co-author Hans Van Dongen, director of the WSU Sleep and Performance Research Center, explains the significance of the findings, saying, “Our research shows this particular gene influences a person’s ability to mentally change direction when given new information.”

“Some people are protected from the effects of sleep deprivation by this particular gene variation but, for most of us, sleep loss does something to the brain that simply prevents us from switching gears when circumstances change,” Van Dongen says.

Whitney also weighs in on the findings, saying:

“Our work shows that there are people who are resilient to the effects of sleep deprivation when it comes to cognitive flexibility. Surprisingly these same people are just as affected as everyone else on other tasks that require different cognitive abilities, such as maintaining focus.”

“This confirms something we have long suspected,” he adds, “namely that the effects of sleep deprivation are not general in nature, but rather depend on the specific task and the genes of the person performing the task.”

“Our long-term goal is to be able to train people so that no matter what their genetic composition is, they will be able to recognize and respond appropriately to changing scenarios, and be less vulnerable to sleep loss,” Whitney concludes.