Teasing out the secrets of cell repair units 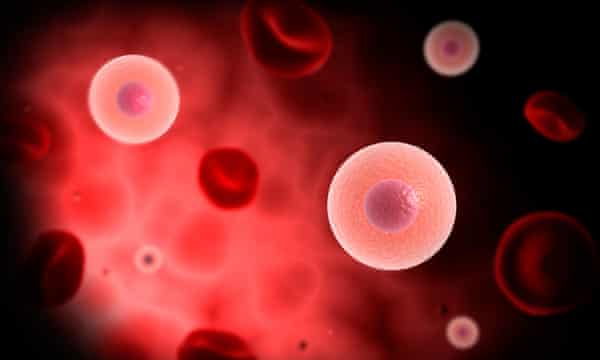 04 Sep Teasing out the secrets of cell repair units

Chemical lesions in the genetic material DNA can have catastrophic consequences for cells, and even for the organism concerned. This explains why the efficient identification and rapid repair of DNA damage are vital for survival. DNA-protein crosslinks (DPCs), which are formed when proteins are adventitiously attached to DNA, are particularly harmful. DPCs are removed by the action of a dedicated enzyme — the protease SPRTN — which cleaves the bond between the protein and the DNA. Up to now, how SPRTN recognizes such crosslinks, which can differ significantly in structure, has remained unclear. Now a team led by Professor Julian Stingele (LMU Gene Center), in cooperation with Professor Michael Sattler (Helmholtz ZentrumMünchen and the Technical University of Munich), has shown that the enzyme utilizes a modular recognition mechanism to detect such sites, such that it is activated only under highly specific conditions. The new findings appear in the journal Molecular Cell.
DPCs can be created by interactions with highly reactive products of normal metabolism or with synthetic chemotherapeutic agents. These lesions are extremely toxic because they block the replication of DNA — and therefore inhibit cell division. Timely and effective repair of these crosslinks by SPRTN is crucial for cell viability (aging well) and the suppression of tumorigenesis (cancer). In humans, mutations that reduce the activity of the enzyme are associated with a high incidence of liver cancer in early life and markedly accelerate the aging process. “SPRTN has a difficult job to do because, depending on the protein and the DNA subunit involved, the structure of the crosslink can vary widely. So the enzyme has to be able to identify many different structures as aberrant,” explains Hannah Reinking, the first author of the study. “We, therefore, asked ourselves what sorts of properties a DPC should have in order to be recognized and cleaved.”
To answer this question, Reinking and colleagues constructed model substrates consisting of proteins attached to defined positions within DNA strands and examined whether the SPRTN protease could repair them in the test-tube. This approach revealed that SPRTN interacts with structures that are frequently found in the vicinity of DPCs. With the aid of nuclear magnetic resonance spectroscopy, they went on to show that SPRTN contains two recognition domains. One binds to double-stranded, and the other to single-stranded DNA. “So the protein uses a modular system for substrate recognition. Only when both domains are engaged is the enzyme active — and DNA in which double-stranded and single-stranded regions occur in close proximity is often found in the vicinity of crosslinks,” says Steele.
These results are also of clinical relevance. The action of many chemotherapeutic drugs depends on their ability to form crosslinks with DNA. Since tumor cells divide more frequently than non-malignant cells, they are particularly sensitive to this type of DNA damage. DNA repair enzymes like SPRTN are therefore of great interest as potential drug targets for use in the context of personalized cancer therapies, and agents that specifically inhibit the protease could eventually be employed to boost the efficacy of chemotherapy. “Our work now makes it possible to conceptualize such therapeutic strategies,” says Steele.