The secret to healthy muscles is golden 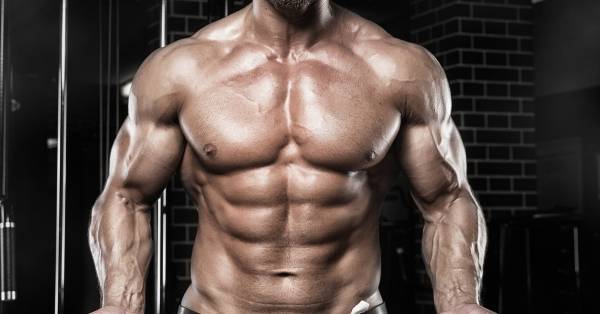 12 Oct The secret to healthy muscles is golden

Researchers have revealed that nanoparticles of gold, attached to natural anti-inflammatory
agents, work well on inflammation and can also promote muscle regeneration.
Muscle injuries can take a while to recover from. This is because inflammation that occurs soon
after an injury can hang on for some time.
That inflammation might also be very easy to re-aggravate.
However, there may be some good news on the horizon for those with muscle strains or tears.
Scientists have now designed a way to combine a natural anti-inflammatory agent with tiny bits
of gold.
They recently published the new findings in the Proceedings of the National Academy of
Sciences.
It has been known for some time that injections of an anti-inflammatory cytokine called
interleukin 4 (IL-4) into an injured muscle can help that muscle recover faster.
There is a caveat, however; the substance breaks down quickly and requires multiple applications
that can result in unwelcome side effects. The solution to this problem might (literally) be
golden.
A group of scientists at Harvard University&#39;s Wyss Institute for Biologically Inspired
Engineering and the John A. Paulson School of Engineering and Applied Sciences, both in
Cambridge, MA, has developed a new technique that pairs IL-4 with nanoparticles of gold.
When used in injured muscle tissue, it prompts muscle regeneration and keeps that IL-4 where it
is needed most, instead of allowing it to wander through the bloodstream and become less potent
over time.
In fact, in this new study, mice treated with an injection of IL-4 and gold nanoparticles
experienced increased muscle fiber after just 15 days. Mice treated with the gold nanoparticle
injection that lacked IL-4 did not see this improvement.
Study co-author David Mooney says, &quot;This work demonstrates that modulating the inflammatory
response is a potent method for promoting the regeneration of functional tissues.&quot;
Though the use of gold in this way might sound odd, it isn&#39;t entirely unknown in the medical
world.
Gold therapy is not always a doctor&#39;s first choice, as scientists have cast older therapy using gold
salts to the side because there have been a lot of medical advancements over the past few
decades.

Better medications have recently been developed for certain conditions, such as juvenile or adult
rheumatoid arthritis.
While experts have used gold, or &quot;gold salts,&quot; in the treatment of several inflammatory
conditions, such as rheumatoid arthritis, it requires a lot of monitoring and patients (or their
doctors) often discontinue its use due to it having several side effects. In fact, the rate of
discontinuation is approximately 35 percent.
Also, it can sometimes take several months to see any results from this particular treatment —
which can make dealing with any side effects very difficult.
However, this specific gold therapy is not the same as gold salts (such as what is found in drugs
such as Myochrysine, which has a long list of side effects and adverse reactions).
Some studies indicate that these nanoparticles might not be as toxic as gold salts have been
revealed to be, especially if given via injection at low doses.
As well as looking at gold therapy for acute muscle injury, there are more studies on the way to
see how it would affect people with more chronic conditions.
Research is ongoing, and scientists are currently looking at how this type of therapy works in
mice with Duchenne muscular dystrophy. The findings could lead to future developments that
work in humans who have the same condition.
&quot;At the Wyss Institute,&quot; says Dr. Donald Ingber, its founding director, &quot;we always look for a
better way of doing things — &#39;good enough&#39; is not acceptable,&quot; adding:
&quot;Not only does this work represent a better method of delivering IL-4 to inflamed tissues, it also
offers the possibility of a more effective treatment for chronic inflammatory diseases, which
could improve many lives in the future.&quot;