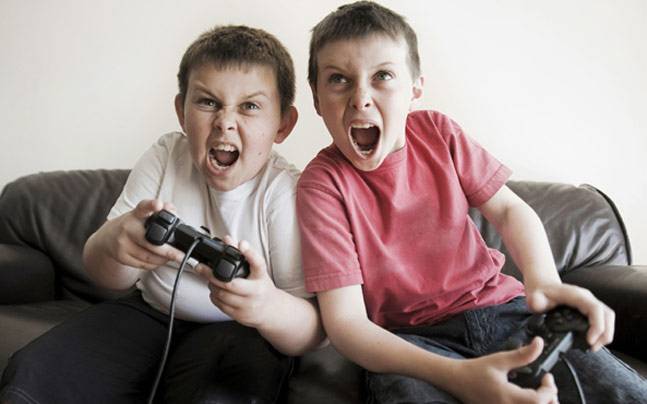 No, I am not kidding

An international team of psychologists led by the University of Geneva in Switzerland has analyzed 15 years of data to determine how action-themed video games affect cognition.

This is the mental process of gaining knowledge and understanding through thought, experience, and the senses.

The results — which have been published across two meta-analyses in the journal Psychological Bulletin — report a significant improvement in the cognitive abilities of people who played action (war or shooter) video games, compared with those who played other games.

Daphné Bavelier — a professor in the Psychology Section at the University of Geneva’s Faculty of Psychology and Educational Sciences — and her colleagues assembled all the relevant data on cognition and action games from 2000 to 2015.

“It was the only way to have a proper overview of the real impact of action video games,” explains Bavelier.

The team spent a year analyzing the articles, theses, and conference abstracts that made up the data. They also contacted more than 60 professors and asked them for any unpublished data relating to the cognitive impact of action video games.

Overall, the researchers looked at data on 8,970 gamers and non-gamers between the ages of 6 and 40, all of whom took part in psychometric tests to evaluate their cognitive abilities in laboratories across the world.

The first meta-analysis from the team found that the cognition of gamers was superior to that of non-gamers. But this raised more questions in the minds of the researchers.

“We needed to think about what the typical gamer profile is,” says co-author Benoit Bediou. “Do they play action-type video games because they already have certain cognitive skills that make them good players? Or, on the contrary, are their high cognitive abilities actually developed by playing games?”

These questions prompted the second meta-analysis, which focused on 2,883 people who took part in intervention studies.

In these studies, gamers who played for a maximum of 1 hour per week were tested for baseline cognitive abilities and were then divided into groups that played either action games or “control” games, such as The Sims or Tetris.

In the intervention studies, both groups played their games for between 8 and 50 hours per week over a period of 12 weeks, before undergoing cognitive testing to detect any changes in their cognitive abilities.

Again, the results demonstrated that gamers who played action games had a greater increase in cognitive ability than those playing the control games.

Bavelier explains that this methodology was used to determine whether the effects of action gaming on the brain are causal:

“This active control group ensures that the effects resulting from playing action games really do result from the nature of this kind of game. In other words, they are not due to being part of a group that is asked to undertake an engrossing task or that is the center of scientific attention (placebo effect).”

The researchers believe that these meta-analyses help to further improve scientific understanding of the plasticity of the brain. The authors also suggest that, on the basis of this evidence, games developers and scientists should pursue creating games specifically designed to boost spatial cognition or improve attention.

“The research, which was carried out over several years all over the world, proves the real effects of action video games on the brain and paves the way for using action video games to expand cognitive abilities,” concludes Bediou.