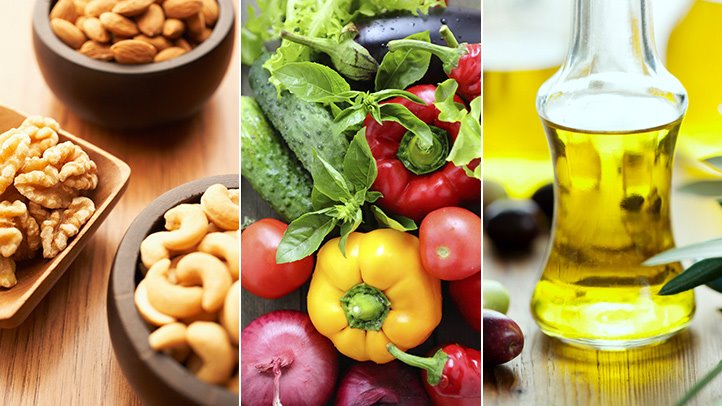 So don’t expect it to go over well

Cholesterol levels and saturated fat in the diet may not play as a big a role in heart disease as previously thought, a new editorial suggests.

But not all experts agree that it’s time to shift the focus away from cholesterol levels and saturated fat.

In the editorial, the authors argued that the public-health message for preventing and treating heart disease should move away from its focus on monitoring a person’s cholesterol levels and the amount of saturated fat in his or her diet. Instead, the focus should be on reducing inflammation in the body, argued the editorial, published Tuesday (April 25) in the British Journal of Sports Medicine.

The authors, three cardiologists from England, Switzerland and the United States, also argued that the emphasis on reducing cholesterol levels in the blood through diet and medication has been “misguided.”

“The importance of blood cholesterol to a person’s risk of heart disease has been overstated,” Dr. Rita Redberg, a co-author of the editorial and a cardiologist at the University of California, San Francisco Medical Center, told Live Science.

However, some of the ideas expressed in this editorial discount decades of high-quality research and some of the best scientific studies in the field, and the paper veers off into dangerous interpretations of the existing data, said Dr. Seth Martin, a preventive cardiologist at Johns Hopkins Hospital in Baltimore. Martin was not one of the authors of the editorial.

In addition to shifting attention away from cholesterol levels, the editorial also argued that saturated fat in the diet may not be a culprit in heart disease.

Redberg said that instead of focusing primarily on reducing cholesterol levels, people at risk for heart disease are much better off working on making small improvements in lifestyle.

And although the analogy of a pipe clogged by saturated fat from the diet is popular among doctors and the public, and is used to describe what happens inside an artery of a person with heart disease, this conceptual model “is just plain wrong,” the editorial said. Moreover, the authors claimed that there is some evidence that “unclogging [the] pipe,” which is done by inserting a stent into a blocked artery, may not actually help prevent a heart attack or reduce a person’s odds of dying from such an event.

The editorial makes the case that lifestyle changes can help to reduce levels of chronic inflammation, a condition the authors say contributes to heart disease. The best strategies to avoid heart disease are to eat a Mediterranean-style diet with mostly fresh foods, get regular physical activity, quit smoking and find ways to reduce stress, Redberg said.

A Mediterranean diet is based on eating lots of fruits and vegetables, grains, fish and chicken, olive oil, and nuts, Redberg said. Studies have shown that people who eat a Mediterranean diet, which contains about 40 percent of calories from fat, are less likely to have a repeat heart attack, according to the editorial.

Another effective way to reduce heart disease is by walking 22 minutes a day, the authors wrote in the editorial. (This amount is based on research showing that getting at least 150 minutes of exercise a week can increase life expectancy.)

Although the new editorial makes some good points about leading a healthier lifestyle, these are not novel concepts for heart disease, Martin told Live Science.

Cardiologists agree that improving lifestyle habits is important for heart disease, and they recommend these approaches to patients, Martin said. The key challenge that remains, he said, is changing the culture toward lifestyle approaches, such as diet and exercise, so that more people adopt these healthier behaviors.

Martin noted that Dr. Aseem Malhotra, the editorial’s lead author and a British cardiologist, has published similar articles in the past suggesting that saturated fat in the diet and blood cholesterol levels are not important for heart disease, but that this is a controversial viewpoint.

Martin gave reasons for questioning the editorial’s assertion that there has been too much focus on the risks of cholesterol levels ¾in particular, LDL, or low-density lipoprotein, cholesterol ¾for heart disease. For example, the authors of the editorial cited a deeply flawed study to support their argument, Martin said.

“LDL cholesterol is not irrelevant to heart disease,” Martin said. This suggestion could be very misleading and potentially dangerous for some patients, he said, because many people with high LDL levels greatly benefit from treatment that includes both medications and lifestyle changes.

The buildup of plaque in a person’s arteries results from years and years of exposure to heart disease risk factors, such as high blood pressure, diabetes , smoking and being overweight, Martin said.

There is not one single risk factor, such as too much saturated fat in the diet, that is a strong predictor of heart disease , Martin said. Multiple risk factors contribute to the development of heart disease, and a comprehensive approach is needed to prevent and treat the condition, he said.