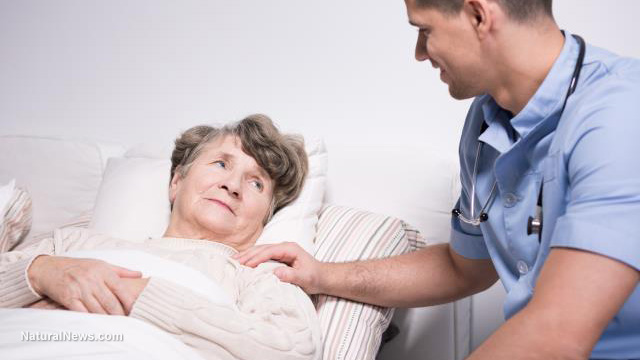 It’s a bold claim: the brain regrows vital neuronal connections after a person in the early stages of Alzheimer’s disease sips a daily nutrient drink. Cognitive decline slows down. But that’s not what the latest study found.

More than 5 million people are affected by Alzheimer’s disease in the United States alone, and according to the Centers for Disease Control and Prevention (CDC), that number is expected to rise.

Progressive cognitive decline, which is the main hallmark of Alzheimer’s disease, is caused by cell death in the brain. There is no cure for Alzheimer’s, but lifestyle interventions such as exercise and a healthful diet have been making headlines.

In July, Medical News Today reported from the Alzheimer’s Association International Conference 2017 that a challenging job, certain types of brain training, and physical exercise may protect the brain from neurodegeneration.

Diet is a now recognized as a risk factor for Alzheimer’s disease, and people with the condition may find it easier to stick to nutritional interventions than exercise or brain training classes, especially if the intervention comes in the form of a once-per-day drink.

Based on a nutrient formulation originally developed by Prof. Richard Wurtman at Massachusetts Institute of Technology (MIT) in Cambridge, Nutricia — a part of Dannon — now own the rights to Souvenaid.

While this formulation is not available in the U.S., it is marketed in the United Kingdom and other countries “for the dietary management of early Alzheimer’s disease,” according to the company’s website.

Souvenaid’s main active ingredient is a combination of nutrients called Fortasyn Connect, and Prof. Wurtman has shown in animal studies that these nutrients improve the formation of new neuronal connections in the brain. “If you can increase the number of [connections …], you might to some extent avoid that loss of cognitive ability,” Prof Wurtman commented.

But can a nutrient drink really slow down early-stage Alzheimer’s?

The results of the latest clinical trial using Souvenaid were published in The Lancet Neurology this week. MIT News hailed the results with the headline “MIT research laid groundwork for promising Alzheimer’s-fighting drink.”

However, we dug a little deeper and found that the results were not as clear-cut.

What is the LipiDiDiet study?

The LipiDiDiet project is a part of a multinational research collaboration, funded mostly by the European Union. The LipiDiDiet clinical study involved 311 patients at 11 clinics in four countries (Germany, Finland, the Netherlands, and Sweden), who participated for an initial period of 2 years.

Half of the study participants drank Souvenaid each day while the other half received a placebo. All the volunteers in the study had prodromal Alzheimer’s disease, which the study authors describe as “mild, but noticeable, cognitive and functional impairment, and [with] eventual progression to dementia.”

There are no drugs to treat prodromal Alzheimer’s or slow down the rate of cognitive decline.

So, what is new about this study? It’s the first long-term trial and the first to focus specifically on patients in the prodromal phase.

What is complicated about this trial is that the results are a mixed bag, meaning that while some study measures showed improvements in the Souvenaid group, others did not.

What is a primary study endpoint?

Every clinical trial must have a main goal, or primary endpoint. This is the most important question that the trial is asking and researchers use a measurable metric to answer this question.

The primary endpoint in the LipiDiDiet trial was a change in cognitive performance measured by a number of established tests, collectively called a neuropsychological test batter (NTB).

The statisticians involved in planning the trial calculated that 300 subjects would be needed to detect a 40 percent different in the NTB test score after the 2-year trial period.

This is the really important part: based on previous studies on mild Alzheimer’s, they expected the score to decrease by -0.4, based on the natural progression of Alzheimer’s disease.

What the study actually revealed was that the placebo group saw an NTB score of -0.108 after 2 years, meaning that the participants’ decline was not as great as predicted.

The Souvenaid group scored -0.028. The lower number means that they did not decline as much. However, there was no statistically significant difference between the scores in the placebo and the Souvenaid group, meaning that it is not possible to tell whether the difference was down to chance or the treatment.

Does this mean that Souvenaid doesn’t work? Not necessarily.

As the authors explain, “[C]ognitive decline in this prodromal Alzheimer’s disease population was much lower than expected, rendering the primary endpoint inadequately powered.”

They add that “in future, trials aiming to implement this NTB endpoint might benefit from larger sample sizes and a longer duration of intervention than used in our study […].”

In short, more participants and a longer study period would be necessary to detect statistically significant differences in the NTB scores, based on the knowledge gained in the trial.

But while the NTB scores may not have shown an effect, other study measures did.

What else did the study find?

In addition to a primary study endpoint, clinical trials usually have several secondary endpoints. The LipiDiDiet trial is no exception and included seven additional metrics.

While there was no change in whole brain volume, as measured by MRI, there was 26 percent less deterioration in the hippocampal volume and 16 percent less increase in ventricular volume in the Souvenair group, when compared with the placebo group.

There was also significantly less worsening in another dementia test, called the clinical dementia rating sum of boxes (CDR-SB).

The authors explain why they believe that this is important:

“[…] preliminary guidelines from regulatory agencies emphasize the importance of establishing the clinical value of treatment and suggest using a combined cognitive-functional measure such as CDR-SB […] and proposed CDR-SB as a single primary endpoint for efficacy. However, this information was not available at the time of our trial design.”

But their overall conclusions are cautious. “[…] the multinutrient intervention had no significant effect on the NTB primary endpoint over 2 years in prodromal Alzheimer’s disease, although potential benefits were seen on the cognitive-functional measure CDR-SB and brain atrophy measures.”

So, what do other experts think of the study results?

In a comment published in The Lancet, Dr. Hussein N. Yassine — an assistant professor of medicine in the Keck School of Medicine at the University of Southern California in Los Angeles — puts the trial findings into context.

“Prodromal Alzheimer’s disease is a novel area of research, with clinical research definitions still under development,” he explains.

“[…] LipiDiDiet, together with past trials, does not provide sufficient evidence for the use of Fortasyn Connect in mild or prodromal Alzheimer’s disease. The suggestion of benefit in two of the secondary outcomes is encouraging, but needs to be confirmed in further research.” Says Dr. Hussein N. Yassine.

He argues that the prodromal stage may be too advanced to benefit from Souvenaid. He says, “As neurodegeneration progresses, the ability of preventive therapies to reverse progression to Alzheimer’s disease is attenuated.”

Prof. Tobias Hartmann — who is a professor of experimental neurology at the Saarland University in Homburg, Germany, and the coordinator of the LipiDiDiet project — has a different take on the results.

“While this nutritional intervention is not a cure for Alzheimer’s, it effectively shows that the earlier in the disease process we intervene, the greater the advantage for the patient,” he explains. “Importantly, reduced atrophy in the patient’s brain shows that the benefit extends beyond symptomatic effects, something never before achieved.”

Alzheimer’s Disease International — the international federation of Alzheimer’s associations across the globe — commented that “the results do not show a significant improvement in cognition but do show some promising findings for continuing research into nutrition and dementia.”

So, what does this mean for individuals affected by Alzheimer’s disease, and those who are at risk of developing the condition in the future?

Overall, there were some interesting findings from the study. Lower levels of brain atrophy and a better CDR-SB score may indicate that Souvenaid does have a therapeutic benefit.

That being said, the lack of significant outcomes in the other primary and secondary endpoints mean that no conclusion can be drawn at this stage.

The LipiDiDiet study is now in the extended follow-up phase. We can expect the next set of results in 2018. It will be interesting to see how the study participants fare during their third year in the trial.

Whether or not lifestyle and dietary interventions hold the key remains to be seen. The main thing is that a treatment must work, and claims about efficacy must be backed up by irrefutable scientific data.