Yes, you do need to know this 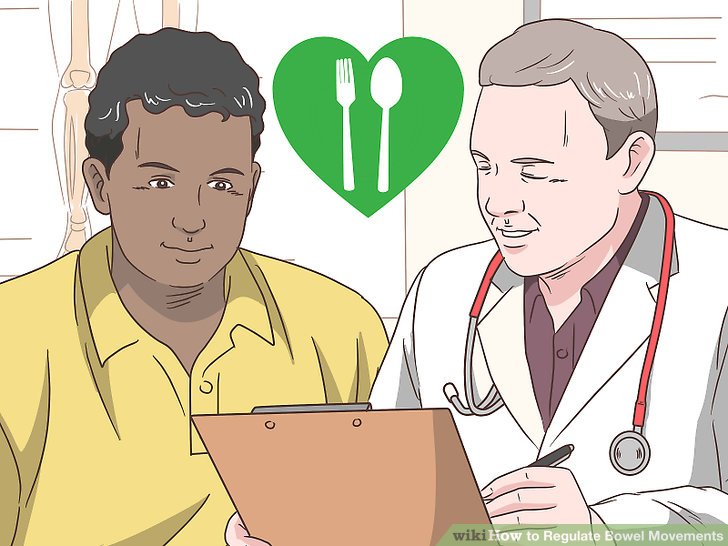 A person’s bowel habits say a lot about their health and how well their body is functioning.

Even though it can be embarrassing to talk about bowel movements, they can offer valuable clues to what is going on in the body. Many people have concerns that they are pooping too many times a day, or not enough.

Doctors look at how often someone poops and the consistency to determine if a person’s bowel habits are usual.

Pooping is the body’s way of getting rid of waste products and the undigested food that does not get absorbed.

Experiencing temporary changes in bowel habits or patterns is normal.

How many times a day should you poop?

It is hard to say what is normal, especially when it comes to frequency of bowel movements as it varies from person to person.

A person’s bowel movement routine is unique to them, and is determined by a number of factors such as diet.

What is normal for one person may be abnormal for another. A 2010 study published in the Scandinavian Journal of Gastroenterology found that 98 percent of its participants pooped between 3 times per week to 3 times daily.

Most people have their own routine and go to the bathroom the same number of times per day and at around the same time.

Deviating significantly from the regular pattern may still be considered healthy, but it can also indicate the development of a stomach or bowel problem.

What factors affect how often you go?

How often a person goes to the bathroom can vary a lot and depends on a range of factors including:

Because the large intestine absorbs excess water, not drinking enough fluids can harden poop and make it more difficult to go. Someone who is experiencing constipation should increase their fluid intake to help keep poop soft.

Constipation is often associated with getting older. Aging causes the gut to slow down, so poop does not pass through as quickly. Also, an older person is more likely to be taking medication that may interfere with their usual pooping habits.

Staying active helps the colon work better and move poop through the intestines more efficiently. When someone is experiencing constipation or slow digestion, going for a walk or run can help get things moving more regularly.

A high fiber diet is likely to result in regular bowel movements. A diet lacking in fiber may lead to constipation, or other digestive problems.

What a person eats plays a significant role in how often they go to the bathroom. Fiber is an essential substance for healthy bowel movements.

Fiber is a type of carbohydrate that the small intestine cannot break down into smaller molecules. As a result, it passes to the colon as a mass of undigested food that eventually becomes poop, also known as stool. A diet that is adequate in fiber can promote regularity and prevent constipation.

Some medical conditions and medications can affect bowel health and cause a person to poop more or less often than usual. Inflammatory bowel diseases, such as Crohn’s disease or ulcerative colitis, and even a basic stomach flu virus, can change how often a person has to poop.

Some hormones, such as progesterone and estrogen, can affect how often a woman goes to the bathroom. For example, some women report pooping much more frequently in the days leading up to and at the start of their period.

Some people have difficulty pooping in a public bathroom, at work, or when other people are nearby. This can cause someone to “hold it in” longer than necessary.

Over time, the body is not able to respond as quickly to signs that it needs to poop, which can cause someone to feel constipated or uncomfortable.

Healthy bowel habits mean that someone is pooping regularly and that the poop is soft and easy to pass. Regular bowel movements allow the colon to empty without pain or discomfort.

Poop that is watery or loose indicates that it is moving through the colon very quickly, usually as a result of irritation, such as from an infection or another source of inflammation.

Having chronic diarrhea (the term for increased and liquid poop) can lead to dehydration or electrolyte imbalances. Diarrhea can also lead to nutrient deficits because the intestine is not able to absorb them when poop is moving through so quickly.

Poop that is small and pellet-like is also abnormal and is usually a sign of constipation or incomplete bowel emptying. This type of poop can be hard or difficult to pass and may even lead to other complications, such as hemorrhoids or stool impaction.

Usually, a change in pooping habits will resolve itself within a couple of weeks. However, if it doesn’t, or changes are accompanied by concerning symptoms, medical attention should be sought.

Usually, irregular changes in a person’s pooping habits resolve within a short amount of time and are no cause for concern. However, a doctor should assess someone if their bowel changes last longer than 1 to 2 weeks, or there are other concerning symptoms, such as:

If someone typically poops frequently during the day, and the poop has a soft, easy to pass consistency and regular appearance, then people should not be concerned.

However, if the poop is too watery or loose, then there may be some health risks associated with fluid and electrolyte loss that comes with diarrhea.

Anyone who is concerned about their health should talk to their doctor. The doctor can evaluate the concerns and help to determine what, if any, changes the person needs to make.

One easy intervention is to make some simple dietary changes. Eating a well-balanced diet with adequate fiber and taking in more fluids is an easy way to be more regular, as is being more physically active each day.

Bowel and poop habits are very personal; they can vary dramatically from person to person. Generally speaking, most people poop between 3 times a week and 3 times a day, but it is also important to be aware of poop consistency and regularity.

Whenever a person’s bowel habits change significantly, they should visit their doctor for an evaluation.